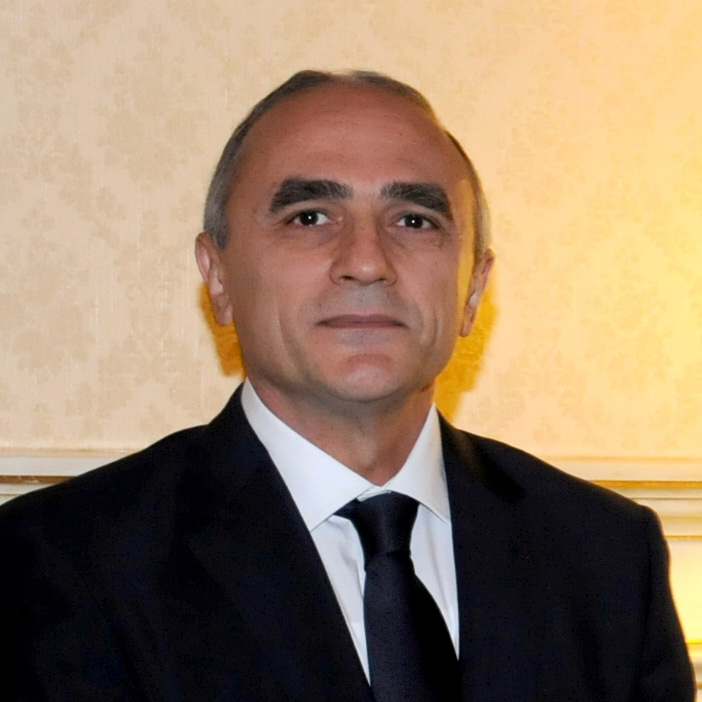 The level of bilateral trade and economic cooperation between Azerbaijan and Spain is low and does not meet the potential opportunities of the two countries, Azerbaijani Ambassador to Spain Altai Efendiev told Trend today.

According to the Azerbaijani State Statistics Committee, the trade turnover with Spain was only $192 million in January-September, $178.5 million of which fell to exports from Azerbaijan.

"I believe this situation serves neither the interests of Spain, which ranked the 12th in the list of the most developed countries and among the top 10 before the global financial crisis, nor of Azerbaijan, which has one of most dynamic economies in the world," Efendiev said. "As Spain is highly competitive industrially, and our economy is developing dynamically, it is easy to imagine the potential for cooperation between our two states. It is a very big."

Efendiev links the poor cooperation with a lack of awareness on both sides, the absence of a legal framework, certain stereotypes and inertia on behalf of Spanish companies.

"But this situation cannot be justified," he said. "The responsibility falls on state agencies that are designed to give an impetus to and to define the dynamics of bilateral relations."

"I want to emphasize that official visits at a high level are designed to give a major impetus to the development of our relations," Efendiev said.

According to the ambassador, Azerbaijan and Spain can successfully and effectively cooperate in a wide range of areas that are of special interest to Azerbaijan - from alternative energy resources to service industries and tourism.

Spain is a global leader in alternative and renewable energy sources, boasting companies such as Iberdrola and Gamesa, he noted.

"Azerbaijani President Ilham Aliyev declared 2010 the 'Year of Ecology,'" he said. "The State Agency for Alternative and Renewable Energy was formed under the Industry and Energy Ministry. The most recent meeting of the Cabinet of Ministers clearly voiced the need to develop prospects in this direction. Given the similarity of our geographical and climatic conditions, I think there are great opportunities for cooperation."

"Given the reorganization of the Azerbaijani energy sector and the shift in emphasis in power generation to natural gas, I also see good prospects for cooperation," he added.

According to the ambassador, one of the largest energy companies in Europe, Gas Natural-Fenosa, is also interested in cooperating with the State Oil Company of the Azerbaijan Republic (SOCAR) in the gas sector.

The reorganization and modernization of the country's petrochemical complex, in which leading international companies such as Repsol can take part, also are of great interest, Efendiev added.

According to Efendiev, Azerbaijan and Spain may also actively and effectively cooperate in the development and modernization of the infrastructure and engineering and construction sectors.

"Azerbaijan is experiencing an unprecedented construction boom," he said. "The country is a large construction site. The most important direction of the current stage of development is the creation of new modern infrastructure. Here, I include the construction of modern highways and the associated infrastructure, sea and air ports, railway modernization, and upgrades to information, communications and energy infrastructure, as well as pipeline networks."

Today, Azerbaijan is laying the foundation for a giant leap in development, which will determine the degree of the economy's integration into the global community in the future.

"It is a crucial stage in the development of the country," Efendiev said.

He added that infrastructural development is fairly capital-intensive and is characterized by long-term cycles of development.

"Thus, a comprehensive approach, and quality planning, design and construction are fundamentally important in this process," he added.

Azerbaijan, he said, has reached a high level in terms of construction quality, but contemporary infrastructure as a foundation of a country's socioeconomic life is more than just construction.

"It incorporates environmental, social, technological, economic, engineering and other aspects and parameters, which unify concepts of sustainable development and quality of life," he said. "They are the core of evaluation, planning, designing, implementing and managing infrastructure. And, here, we need new approaches, techniques and technology."

Spain's experience, Efendiev said, in a sense, is one of the most vital in the world.

"The country has one of the best, if not the best in Europe, systems of high-speed railways, the most extensive network of roads, one of the world's best water supply and treatment systems, and some of the best irrigation and water conservation systems," he said. "The engineering and construction industries in Spain are among the most developed in the world. Six or seven of the world's largest engineering and construction companies are Spanish."

It is encouraging that one of these companies - OHL - has already engaged in a road project in Azerbaijan.

He also noted city and architecture planning may be adjacent spheres of cooperation between Azerbaijan and Spain.

"I am sure no one will remain indifferent in terms of how Baku and other cities and regions in Azerbaijan are developing," he said. "Today, it is, perhaps the most urgent issue affecting the interests of everyone. Baku is experiencing an unprecedented boom in its development. We witnessed that not only the look, but also the quality of life in the city were damaged as a result of chaotic construction in the 1990s. It is encouraging that now the process is under the control of the country's leadership and great importance has been placed on quality."

The world's best architects are involved in the designing activities, and top foreign construction companies are involved in building. Baku is implementing projects that are unprecedented in terms of their size and scale, including the modernization of industrial cities and ports, the expansion of the urban boulevard, and the creation of the "White City."

A master plan for a "Great Baku" is underway, he said.

"It is also important to imagine what Baku we want to see in a regional context," he said. "It is the largest center in the Caspian-Black Sea basin region. Its role and importance will grow. I am sure that Azerbaijan will be the center of this large region, which will largely determine the trends and dynamics of its development."

He added that it is necessary to take into account all of these factors and to use the best global practice in the assessment, planning, design and implementation of various projects.

"Spain has the richest experience," he said. "It is ready to share it with Azerbaijan. Similar climatic, geographical and other features unite us. The whole world knows masterpieces of Spanish architects like Gaudi, Calatrava and others, who have left an indelible imprint on the appearance of Spanish and also foreign cities."

He also noted that the tourism, agriculture, IT, banking and finance sectors are also interesting sectors for cooperation.

The ambassador stressed a growing interest among Spanish companies in Azerbaijan.

Spain is facing a severe financial crisis. This situation pushes Spanish companies to more actively seek new markets, such as Azerbaijan. Several Spanish companies decided to open offices in the country. Nevertheless, these are only first steps.

However, the dynamics and scale of Spanish-Azerbaijani economic development will depend on the joint actions that are taken to create favorable conditions to realize this potential and to broaden and intensify economic cooperation, the ambassador said.

The first positive signal in this regard was received on Nov. 5. The Spanish government approved the text of a coordinated agreement on the avoidance of double taxation and declared its readiness to sign the document.

"I think the list will be expanded soon," the ambassador said.

However, he added that assistance must be rendered to this process in the initial stage to give an additional impulse to developing cooperation, as Spanish companies are preparing to enter the Azerbaijani market with a great delay, and the country is highly competitive, he said.

"So, the embassy is preparing proposals for the government's consideration," he added.

It is necessary to study opportunities for investment in Spain parallel to the entry of Spanish companies into the Azerbaijani market, the ambassador noted.

"There is a great interest in attracting new investments," he said.

Additionally, it is necessary to expand Azerbaijan's participation in specialized forums and conferences in Spain to help the government and companies examine investment opportunities, the ambassador said.

"It is necessary to establish a mutual exchange of information about ongoing tenders, future projects and development plans," he told Trend.

"We are on the threshold of a qualitatively new stage of developing our relations," he said. "I am optimistic about their future."