KMG head: Trans-Caspian Oil Transport System will be needed by 2018

He said this system will be needed by 2018, when the second phase of the Kashagan field's development starts.

According to Kabyldin, the project consists of three segments, in particular from the pipeline on the territory of Kazakhstan, the Trans-Caspian system, works on the implementation of which will be conducted jointly with the State Oil Company of Azerbaijan (SOCAR), and the Baku-Black Sea route.

Kabyldin said works on a feasibility study for Trans-Caspian system with the company SOCAR is already underway.
"Negotiations are underway with potential project sponsors on the Baku-Black Sea," Kabyldin said.

Trans-Caspian system is designed for Kazakh oil delivery from the Kashagan field. The Kazakh and Azerbaijani national oil companies - KMG and SOCAR signed an agreement on the Kazakhstan Caspian Transportation System in late 2008 in Baku. It must provide the initial opportunity to transport Kashagan oil via the Caspian Sea and the Caucasus to world markets to the amount of 23 million tons with a subsequent increase to 35-56 million tons a year. 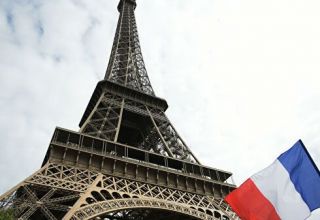