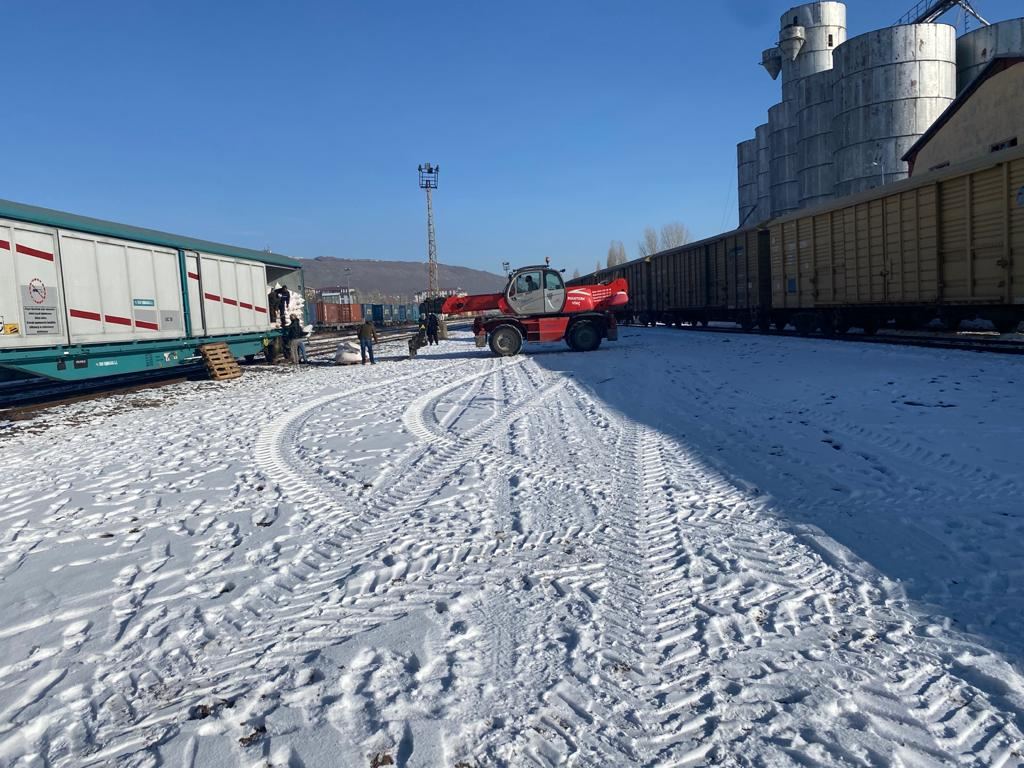 According to the company, until now, only gondola cars, containers, and hoppers (grain wagons) were used in BTK. Carrying out transportation and transshipment of goods in covered wagons is considered absolutely new technological process.

“We imported soybean meal (residue from the extraction of soybean oil, which is one of the most valuable herbal supplements) from Turkey to Azerbaijan,” the company said. “The first 300-ton soybean meal of the total 1,000 tons of cargo was loaded into covered wagons at Payas station in Turkey’s Iskenderun region and delivered to Kars station. From here, the cargo was transferred in 6 covered wagons, provided by ADY Express, to Azerbaijan. So, 150 tons of the cargo were delivered to Sitalchay station and 150 tons to Z.Tagiyev station in the country."

"The transportation of such cargo will be sustainable,” added the company.