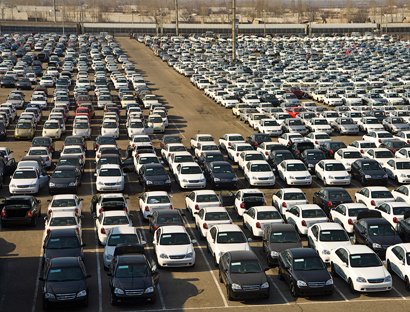 GM Uzbekistan (former UzDaewooAuto) sold in Russia in January-June 2015 some 10,357 cars, which is 57 percent less than in the same period of 2014, the Association of European Businesses (AEB) said.

In the first half year of 2015, GM Uzbekistan's share of products in the Russian market amounted to 1.3 percent versus 2 percent earlier in the same period of 2014.

GM Uzbekistan, formerly known as UzDaewooAuto, was created in 1996 on a parity basis by Uzbekistan and South Korean Daewoo Motors.

In 2005, Uzbekistan acquired Daewoo's shares in UzDaewooAuto. In 2007, Uzavtoprom (Uzbek Association of Automotive Industry Enterprises) and the U.S.-based General Motors signed an agreement to establish the GM Uzbekistan with an authorized capital of $266.7 million.

General Motors owns 25 percent shares in the GM Uzbekistan plus one share with a possibility of increasing it to 40 percent. At the moment, 75 percent of the shares belong to the Uzavtoprom.