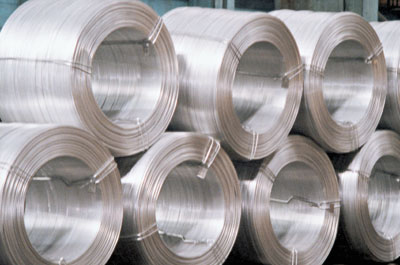 As part of Iran's plans to increase domestic aluminum and copper production capacity, two major plants will be launched by the end of the current Iranian fiscal year (started March 21), Deputy Minister of Industries, Mining and Trade Mehdi Karbasian said.

He added that construction is underway at the South Aluminum Corp (Salco) smelter to produce 300,000 tons per year in the first phase.

The factory needs iron oxide Fe2O3 and aluminum powder, and they should be imported, the official noted.

Salco is being built in the Lamerd Special Economic Zone in southern Iran near the Persian Gulf, where a deepwater port is also being constructed.

Karbasian added MIDHCO, a mining investment company operating in steel, iron ore and copper production, is working on a major copper plant in the country that will become operational soon.