Nuclear Program Materials 31 March 2015 12:00 (UTC +04:00)
The P5+1 ministerial talks on Iran resumed in Lausanne after a night of bilateral consultations. 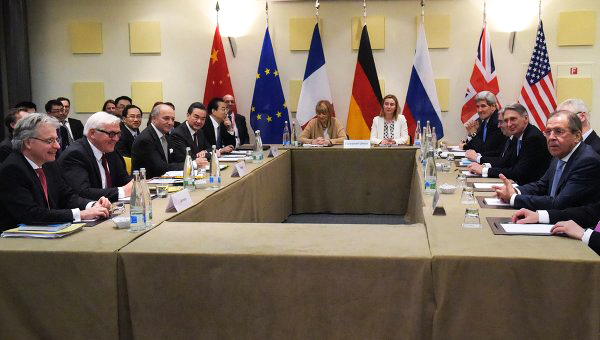 The P5+1 ministerial talks on Iran resumed in Lausanne after a night of bilateral consultations, a diplomatic source taking part in the negotiations told TASS.

The source said that there was no breakthrough achieved, and the issue of lifting the sanctions remains the main unresolved problem.

Russian Foreign Minister Sergey Lavrov returned to Moscow March 30 with the intention to come back to Lausanne March 31 in case of achieving the promotion at the negotiations.

Iran and the P5+1 (the US, UK, France, Russia, China, and Germany) are trying to hammer out a comprehensive agreement on the Islamic Republic's nuclear program by July 1.