China says may have citizens fighting in Iraq 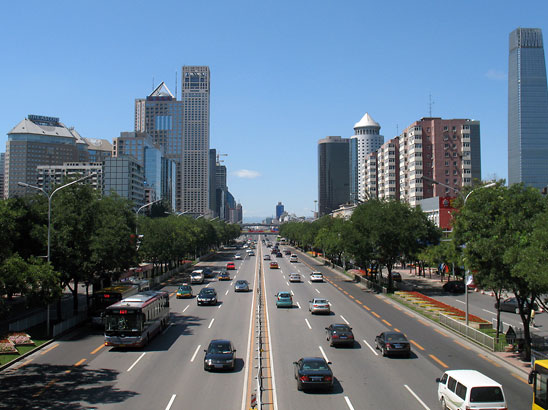 Muslim extremists from China's far western region of Xinjiang have gone to the Middle East for training and some may have crossed into Iraq to participate in the upsurge of violence there, China's special envoy for the Middle East said on Monday.

China has repeatedly expressed concern about the upsurge in violence in Iraq and the march of the Islamic State of Iraq and the Levant (ISIL), which has seized much of the north of the country as Baghdad's forces there collapsed, Reuters reported.

ISIL has renamed itself the Islamic State and proclaimed the establishment of a caliphate on land it has captured in Syria and Iraq.

Wu Sike, who has recently returned from the region, told reporters that China was extremely worried about the role of extremist groups in the fighting in Syria and Iraq.

"Several hot spot issues in the Middle East have provided living space for terrorist groups, in particular the crisis in Syria has turned this country into a training ground for extremists from many countries," he said.

"These extremists come from Islamic countries, Europe, North America and China. After being immersed in extremist ideas, when they return home they will pose a severe challenge and security risk to those countries," added Wu, who has 40 years of diplomatic experience in the Middle East and speaks Arabic.

Xinjiang, home to the Muslim Uighur people who speak a Turkic language, has been beset by unrest for years, blamed by Beijing on Islamist extremists who want to establish an independent state called East Turkestan.

While many experts outside of China doubt these groups have anywhere near the abilities Beijing accuses them of, some Uighurs have made their way to Afghanistan and Pakistan in recent years.

Wu would not put a number on how many Chinese citizens may be in the Middle East either fighting or being trained, saying that he understood from foreign media reports the figure to be about 100.

"Mostly they are East Turkestan elements," Wu said, adding that this was one of the topics he talked about on his trip, especially when he was in Turkey, which is home to a large exiled Uighur population.

"They won't necessarily all return [to China]. Some will remain to participate in the conflict, perhaps crossing into Iraq," he said, without elaborating.

U.S. intelligence agencies estimate around 7,000 of the 23,000 violent extremists operating in Syria are foreign fighters, mostly from Europe.

China would do all it could to help Middle Eastern countries fight terror as this was also in China's best interests, Wu added.

"China is a victim of extremist, terrorist activities, and our support for fighting terrorism in this region is beneficial to us too. As a result China and those countries are in a closely knit community of shared interests."

China is Iraq's largest oil client, and its state energy firms, which include PetroChina, Sinopec Group and CNOOC Ltd, together hold more than a fifth of Iraq's oil projects after securing some of its fields through auctions in 2009.

Wu, who studied in Iraq in the 1970s, said that despite the violence he was confident in the country's future and China's involvement in its energy sector.

Iran's exports via its Mehran customs significantly up
Business 14:24