Hamas has suspended its rocket launches against Israel since the Gaza Strip war and is similarly curbing other armed Palestinian factions in the territory, Israel's military chief said on Friday, Reuters reported.

Egypt is also trying to mend a rift between Hamas and U.S.-backed Palestinian President Mahmoud Abbas who has often accused the Islamist group, which rules Gaza, of jeopardizing their people's national aspirations by provoking the Jewish state.

"For now, at least, I can say that the Hamas movement is holding back, and is holding back the others," Lieutenant-General Gabi Ashkenazi said in a speech in the southern Israeli town of Beersheba. "Now and then, here and there, there is firing, but overall the situation is quiet."

Hamas, which refuses to recognize Israel, says there is no formal truce. But its officials privately allow that Hamas, and smaller Gazan armed groups, are holding fire to allow efforts to repair the territory's ravaged infrastructure.

Islamic Jihad, and other Palestinian factions with links to al Qaeda, have also accused Hamas of arresting their rocketeers.

Palestinians fired a rocket from north Gaza into Israel on Friday, causing no damage, an Israeli military spokeswoman said.

There was no claim of responsibility for the launch, which followed the army's killing of a Palestinian suspected of trying to plant a bomb near the border. Hamas police said the dead man, and two other Palestinians hurt in the incident, were hunters.

Israel, which called its December-January offensive in Gaza an effort to stem Hamas rocket salvoes, says the Islamists have since replenished and improved their arsenal with Iranian help.

"We are not deceiving ourselves," Ashkenazi said. "We are preparing for the possibility that this (Gaza calm) will change, and if we are required, if this is the decision, the Israel Defense Force has the ability and everything that is necessary to end the firing, should the firing resume." 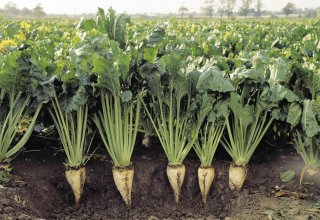