President of the Republic of Azerbaijan Ilham Aliyev met with President of Serbia Tomislav Nikolic June 11, who is visiting Azerbaijan to attend the opening ceremony of the First European Games.

The meeting was preceded by a ceremony to present Sretenjski Order, a high state award of the Republic of Serbia, to Azerbaijan`s first lady, president of the Heydar Aliyev Foundation Mehriban Aliyeva, with participation of President Aliyev, President Nikolic and his wife Dragica Nikolic.

A decree of the President of the Republic of Serbia conferring Sretenjski Order upon Mehriban Aliyeva was read out.

President Aliyev and President Nikolic then had a meeting, during which they expressed satisfaction with the successful development of the relations between the two countries in a variety of fields, including politics, economy and energy. The importance of the first European Games was emphasized, and the conditions created for the Games were hailed during the meeting.

The presidents exchanged views over the expansion of relations between Azerbaijan and Serbia. President Nikolic invited President Aliyev to visit Serbia. 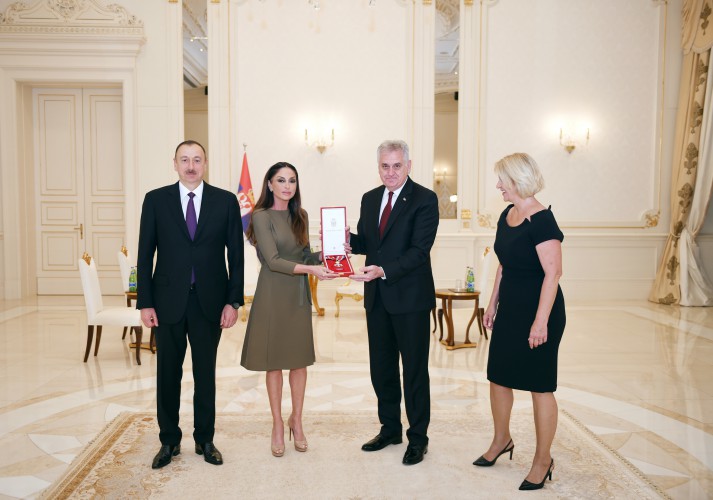