"Protest actions, conferences and exhibitions are expected to be held to commemorate the Khojali genocide anniversary," the committee said.

The participants of the event will be presented books about Armenian violence and Armenia-Azerbaijan Nagorno-Karabakh conflict published by the Heydar Aliyev Foundation. They will also learn about Armenian genocide and acts of terrorism against Azerbaijanis. A film about the tragedy will be displayed.

Azerbaijani House in Germany and Germany-Azerbaijan Solidarity Society will hold a demonstration on one of the Berlin central squares to draw attention of the German public to the Khojali genocide.

Another protest action will be held in Hague in Netherlands. Ana Vatan Europe-Azerbaijan Women Society will rally in front of the Peace Palace on Feb. 22. The rally will proceed with a march with torches. They will also visit a monument to the Khojali genocide victims in Hague.

Netherlands-Azerbaijan Turkish Cultural Society will hold an event in front the Khojali genocide monument in Hague on March 1. Azerbaijani and Turkish ambassadors to Netherlands and activists of Azerbaijani and Turkish diaspora organizations will attend the event. A tent will be put up on one of the central squares in Brussels at the initiative of Belgium-Azerbaijan House to mark genocide's 17th anniversary. Photos on the genocide will be exhibited at the tent. A film about the Khojali tragedy will be displayed in a local television channel.

Members of the Köln-based United Azerbaijan Society will come to Brussels to hold an event in front of the European Parliament together with the Azerbaijani and Turkish diasporas. Azerbaijan-Turkey Women Union will hold a demonstration on Square de Meeuse in Brussels and will march to Place Schuman where the European parliament is located.

A film on the Khojali genocide shot by the Heydar Aliyev Foundation will be displayed and English language book on Khojali genocide by Azerbaijani MP Havva Mammadova will be presented during the conference. A protest action will be held in front of the NATO headquarters in New York. The protesters will issue an official address to the UN member states and Secretary General.

'Azeri' New Zealand-Azerbaijan Friendship society in Oakland will publish articles in the local newspaper on occasion of the Khojali genocide anniversary. The organization will hold a campaign on genocide in several higher schools. 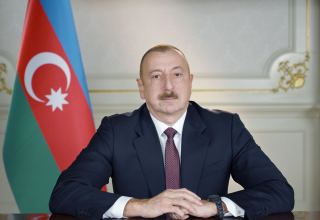