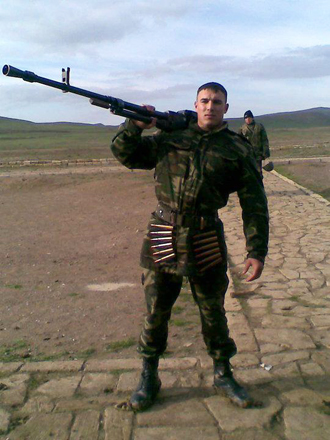 Editor's note: new information and the words of Farid Ahmadov's relatives are added after the second paragraph.

Dead bodies of Azerbaijani military men may be given to their families tomorrow.

"Dead bodies of Azerbaijani military men returned by Armenia are to be passed through expertise and will be given to their families tomorrow if there is no special assignment", a source in the State Commission on Prisoners of War, Hostages and Missing People reported to Trend on Saturday evening.

The dead bodies of military men are delivered to the Clinical hospital №1 named after Musa Nagiyev.

At the present time no information has been given to the relatives and close people of killed military men yet, an uncle of Farid Ahmedov Aslan Bayramov reported on Saturday evening to journalists.

Answering the questions of journalists Bayramov also found difficulty to point the date of funeral of Azerbaijani military men. "This will depend on the decision of the government", - he said.

According to another uncle of Farid Ahmedov Bakhruz Bayramov, the dead body of Azerbaijani military men is to be given to the relatives tomorrow at 11 a.m. Answering the questions of journalists he said that the funerals will be held at the state level.