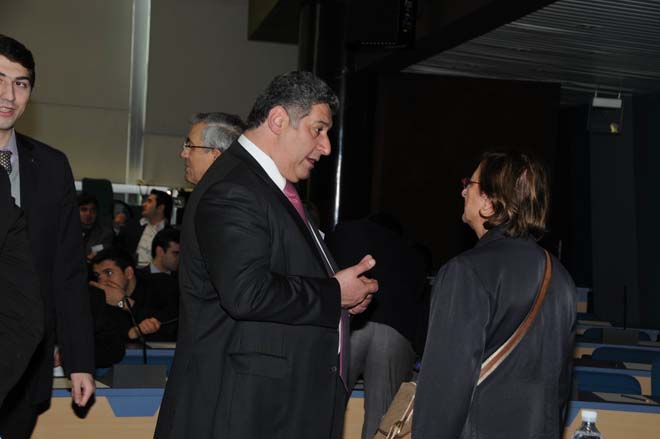 With organizational support of ASAIF ( www.asaif.org ), a Forum of Azerbaijani youth studying or graduating from foreign universities started in Strasbourg under the title "Azerbaijan 20 - Visions 2020".

The European Youth Centre on March 11 hosted an informal opening of the event. The opening ceremony was addressed by the Chairman of ASAIF Orkhan Akperov, MP Ceyhun Osmanli, department head of the Ministry of Youth and Sports Farhad Hajiyev, department head of the State Committee for Diaspora Vagif Seyidbayli, co-founder of ASAIF Rufat Azizov, Elkin Nurmammadov, Ulker Isayeva. They answered questions from participants.

Official opening ceremony of the Forum held under the title "Unity for Azerbaijan, unity for Karabakh unity" was conducted at PACE. In addition to 250 representatives of Azerbaijani youth from 25 countries, the event was attended by officials from local and international organizations. After the official opening, reports were delivered by the Minister of Youth and Sports Azad Rahimov, Council of Europe's Director General of Education, Culture and Heritage, Youth
and Sport Gabriella Battani-Dragoni, MP Samad Seyidov, head of political analysis and information department of the Presidential Administration of Azerbaijan Elnur Aslanov, the head of the State Oil Fund Shahmar Movsumov , Deputy Education Minister Elmar Gasimov, Chairman of Public Service Commission under President Bahram Khalilov, Chairman of Azerbaijan permanent mission to the CoE Arif Mammadov, Secretary General of TurkPA Ramil Hasanov and others.

Photos - Ministry of Youth and Sports