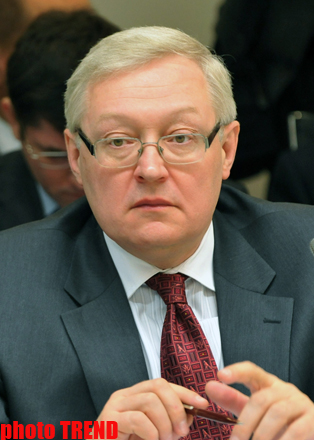 "If we compare the resolutions of all the last summits of G8 on the
problem, we can draw an unambiguous conclusion," he said. "A chance for a peaceful
settlement today is much higher than before. We are not on the verge of a new conflict. We are much closer to a settlement. The great coordinated work was conducted. There is a chance for progress and compromise now.

Russian President Dmitry Medvedev, U.S President Barack Obama and French President Nicolas Sarkozy called on the Armenian and Azerbaijani leaders to demonstrate the political will and to finalize the basic principles [the settlement of the Nagorno-Karabakh] during the upcoming Armenian-Azerbaijani summit in June.