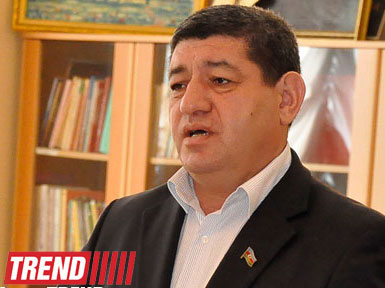 Armenia slowly falls into a dead-end situation in international relations, as well as foreign and domestic policy, and this forces it to stage diversions, Azerbaijani MP Nizami Jafarov told Trend.

The MP went on to add that population leaves Armenia, as more false facts invented by Armenia are revealed in the world.

"Azerbaijan is the largest and most well-developed country in the region, it is known worldwide and is already recognized as a peacekeeping nation," Jafarov said.

"Azerbaijan is the largest and most well-developed country in the region, it is known worldwide and is already recognized as a peacekeeping nation. Therefore, Armenia has resorted to sabotage. Actually Azerbaijani troops defending their homeland, while it's unclear what the Armenian Armed Forces are doing," he added.

He added that the Armenian side are invaders that resort to sabotage to make up new lies, but it will not last for long.

"This happened because Armenia refuses to stand by the the current world rules, regulations, conditions of living together," he said.

"Dissemination of false information about Armenia's losses during sabotage attempts proves it. Apparently, the Armenian authorities withhold information about losses, not to face the public protest," Jafarov said.

It should be noted that on the night of July 31 - August 1, Armenia's sabotage groups tried to cross the contact line of the Armenian-Azerbaijani troops on the territory of Aghdam and Terter regions.

The next night, Armenian group launched an attack on Azerbaijani positions in Aghdam-Agdere area. Azerbaijan managed to locate the group and the sabotage attempt was prevented.

During the last four days, Azerbaijani positions have been constantly under attack, and 12 servicemen have been killed, several more got wounded. Armenian side suffered more losses, while trying to hide this fact from the public.