Azerbaijan, Baku /corr. Trend K.Zarbaliyeva / A fire occurred in a three-bedroomed apartment, No. 53 in Hazi Aslanov Street 115 in Baku's district of Nasimi.

The fire lasted two hours and two fire engines are still working at the scene of the incident. According to the initial report, the cause of the fire resulted from a very old fireplace.

The apartment was leased by an employee of the Embassy of France in Azerbaijan. The apartment, which sustained significant damage, was unoccupied at the time of the fire. 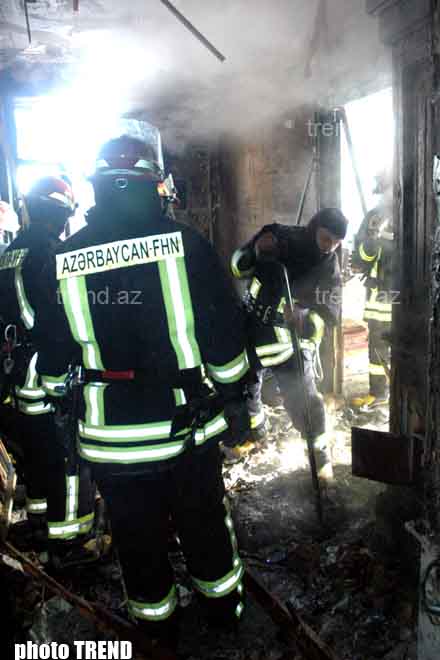