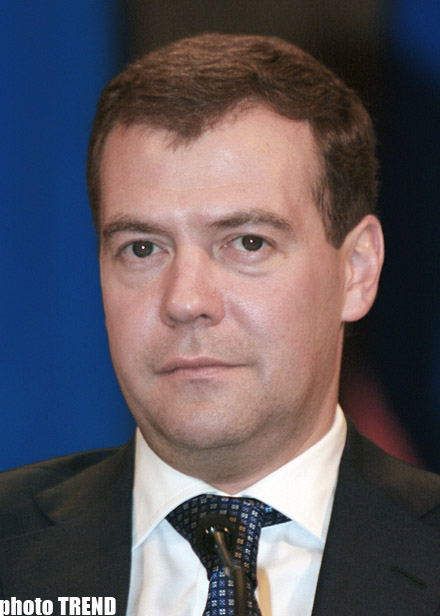 Russian President Dmitry Medvedev hopes the time will come when the visa regime with Georgia will be abolished.

"Now, we are moving toward a visa-free regime with the EU," he said answering journalists' questions at the European and Asian Media Forum today. "I hope this will happen in the nearest future. I hope that such a period will come for Georgia and Russia as well."

Medvedev said the Russian and Georgian people must preserve their historical ties.

"I have repeatedly said I am not going to communicate with the incumbent president and some other leaders," he said. "We have separate ways. Our evaluation of the events is too different. But this does not mean that we should postpone all other relations. There is an old friendship and a special history between our peoples."

The president also stressed that he does not see any obstacles for opening the Upper Lars checkpoint on the Russian-Georgian border and restoring direct flights between the two countries.

"We must not leave behind normal everyday issues with reference to the fact that we are not communicating with individual citizens," Medvedev said. "We do not see any problems. I think that the problems you mentioned - both the possibility of making direct flights and opening checkpoint are normal topics for discussion and decision. I do not see any obstacles. It primarily concerns the interests of ordinary people who were friends and are friends despite the great alertness. It occurred in the political establishment, and opened a tough confrontation between our two countries on certain issues on the international platform."

The European and Asian Media Forum organized by RIA Novosti and held in Moscow brought together heads of famous media outlets from the CIS and Baltic states, politicians and public figures. Over 150 of the world's top media managers are participating.

Trend Agency is represented by General Director Ilgar Huseynov in the forum.