Azerbaijani delegation held several meetings as part of the 10th Forum in Qatar's capital of Doha.

During a meeting with the delegation, the Hungarian Prime Minister Gordon Bajnai said he considers important his country's cooperation with Azerbaijan. He said the development of this cooperation assumes particular importance.

The meeting with Vice-President of the European Parliament Rodi Kratsa covered the Nagorno-Karabakh conflict and the recent resolution of the European Parliament on this issue. Azerbaijani MP Ganira Pashayeva said the Azerbaijani refugees and internally displaced persons are waiting for more efforts from the European Parliament to settle the Nagorno-Karabakh problem, which will facilitate their return to their lands.
Nagorno-Karabakh conflict remained a central theme at the meeting of Azerbaijani delegation with the U.S. congressmen Brian Brady and Lincoln Davis. Ganira Pashayeva noted the importance of pressure, which the U.S. should exert on Armenia as one of the OSCE Minsk Group co-chairs to resolve the conflict. She said that the U.S. should make greater efforts to support justice. Pashayeva presented to congressmen the materials on this issue and provided information about Armenia's occupation of 20 percent of Azerbaijani territory and the Azerbaijani refugees and internally displaced persons. 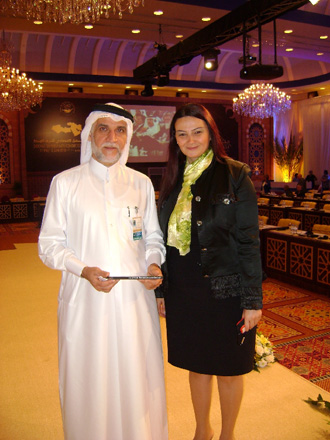