Since the early hours of Sunday residents of Baku and other regions of the country as well as foreign guests have been visiting the Alley of Honors to lay flowers and wreaths at the tomb of the great son of Azerbaijan.

Among those in attendance at the commemorative ceremony were Prime Minister Artur Rasizadeh, chairman of the Milli Majlis Ogtay Asadov and Chief of the

Presidential Administration Ramiz Mehdiyev, as well as other officials, including MPs, ministers, heads of state committees and companies, and representatives of foreign countries. 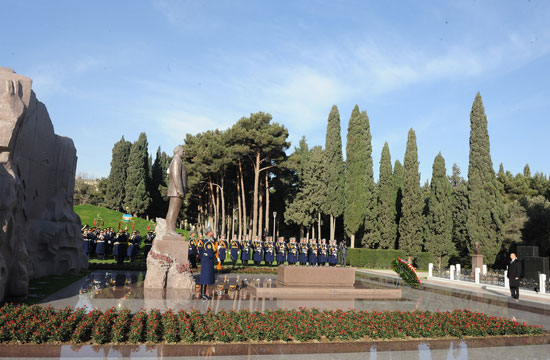