Kazakhstan hosted a roundtable on "Heydar Aliyev and Azerbaijan". The event was organized on Tuesday in the Heydar Aliyev auditorium of the L.N.Gumilev Eurasian National University, said the Azerbaijani Embassy in Kazakhstan.

Opening the event, the Azerbaijani ambassador Zakir Hashimov gave detailed information about the life of the great leader and mentioned his irreplaceable merits before independent Azerbaijan.

The speakers at the event mentioned Heydar Aliyev's merits in promoting Azerbaijan and enhancing its credibility around the world, and also great work on the development of bilateral friendly relations between Azerbaijan and Kazakhstan.

Then the event participants watched the film "The Burden of Power", taken by the famous film director Andrei Konchalovsky, regarding the life and activities of Heydar Aliyev. 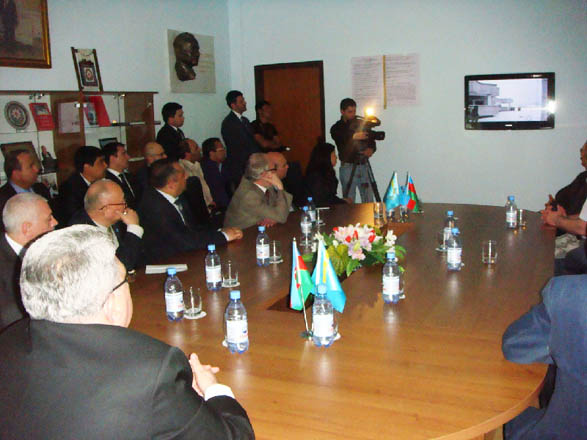