President of Azerbaijan Ilham Aliyev has today visited the monument of the Azerbaijan's national leader Heydar Aliyev erected in the city of Khachmaz.

The President was informed about the reconstruction and renovation works carried out around the park where the national leader's monument was erected. All conditions have been created here for residents` rest.

The Center includes a hall, six sections and three subsidiary rooms providing photo materials about life and political activity of the great leader. The Center is rich with variety of photo exhibits and archive materials to popularize the heritage of the national leader, and show a sample of devotedness for the coming generations to the motherland and nation.

The President viewed photo exhibits reflecting the reconstructed works and development of the region. 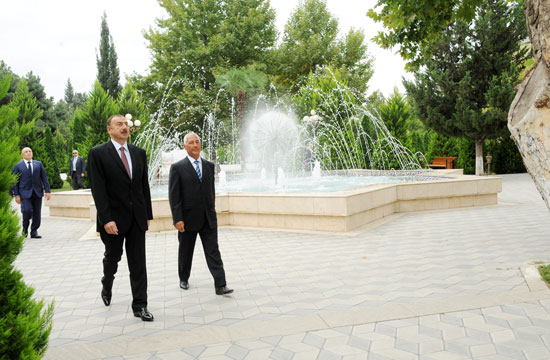