President of Azerbaijan Ilham Aliyev has today inaugurated an administrative building and a volleyball ground of Azeryol volleyball club, and the Azeryol hotel.

The Head of State familiarized himself with the administrative building of the club.
Transport Minister Ziya Mammadov told the President that the construction of the facility started last year.

A project of the building was selected the best in an architectural exhibition in Cologne, Germany in 2009.

Photo stands reflecting national leader Heydar Aliyev`s and President Ilham Aliyev`s care and attention to development of sports, as well as photos of veteran volleyball players were installed in the building.

There are offices, two VIP lounges, a conference hall, a 100-seat canteen and a medical point.
The Azerbaijani leader was informed that the volleyball ground can handle up to 2,000 spectators.

The Head of State was presented a ball of Azerbaijan`s Volleyball Federation and a ball with signatures of volleyball players.

The President was told the six-storey hotel has 36 rooms, including two VIP suits, a restaurant and a cafe.

The Head of State praised the conditions created here and wished the hotel staff successes. 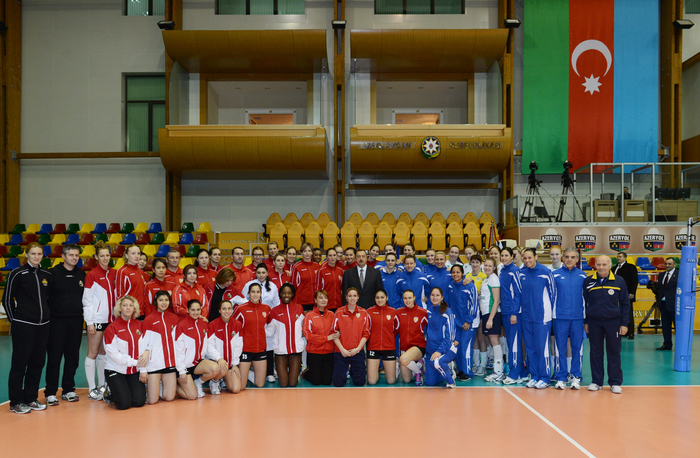