Clashes between police and supporters of the former Armenian presidential candidate Raffi Hovannisian, trying to get to the presidential residence, have erupted in the centre of Yerevan, News-Armenia reported.

The rally participants started throwing at the law enforcement authorities candles considered for previously planned procession to the memorial. In response, the police began to drive back the protesters. 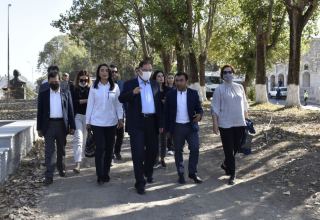