Presidential candidate urges Ankara to be neutral on Arab-Israeli conflict 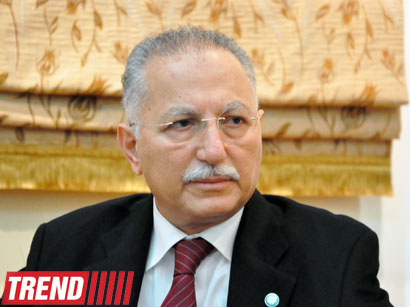 Speaking to CNN Turk on July 4, Turkish presidential candidate, ex-head of the Organization of Islamic Cooperation (OIC), Ekmeleddin Ihsanoglu urged Ankara to be neutral on the Arab-Israeli conflict issue.

Ihsanoglu said Turkey needs to be a neutral party in the Arab-Israeli conflict, particularly on the Palestine issue.

"There are Arab countries that, despite the conflict in Palestine, have good relations with Israel," Ihsanoglu said.

He added that Turkey should continue mediation in the settlement of the Palestinian crisis.

Relations between Israel and Turkey sharply deteriorated after an Israeli special mission unit seized the Turkish ship Mavi Marmara, which was included into the so-called Freedom Flotilla moving into the blockaded Gaza Strip.

Ten participants of the voyage were killed, dozens were injured, while hundreds found themselves behind bars and later deported.

Seven Israeli commandos were injured as a result of the activists' fierce resistance. The interception of the Freedom Flotilla seriously damaged relations between Israel and Turkey, which were formerly closely cooperating in the military and political areas.

Nine Turkish citizens were killed during the attack on the ship. Israel insists that its military acted in self-defence.

However, it was reported that Turkish embassy will resume its activities in Israel after the government of this country pays $21 million compensation for the attack on the flotilla.