Politics Materials 1 December 2014 18:37 (UTC +04:00)
The international organizations have become an integral part of the pressure exerted on the opposition in Armenia, the Azerbaijani MP said. 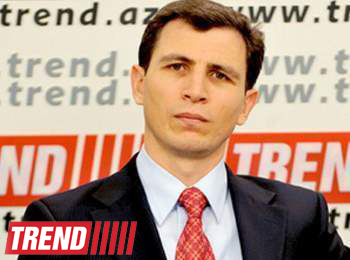 The international organizations have become an integral part of the pressure exerted on the opposition in Armenia, the Azerbaijani MP said.

"Armenian President Serzh Sargsyan and his regime take revenge on the Armenian people," the member of the Committee on Security and Defense of the Azerbaijani Parliament Zahid Oruj told Trend Dec. 1.

He was commenting on the pressure and the use of physical force against the opposition in Armenia.

"The weakening of the opposition, the intensification of corruption, non-recognition by the international community, the split in the Armenian diaspora and the increase in the number of people leaving the country testify to the fact that the Armenian government does not represent the people," he said.

The MP also said that the indifferent attitude of the West to the internal policy of Armenia is part of a general trend. Such an attitude testifies to the Western circles' view to the South Caucasus.

"The same can be said about Georgia," he said. "About 100 officials of the country working during Saakashvili's period have been arrested. But there is no tough reaction. The question arises: why isn't there a violent reaction in relation to other countries of the region? Everything is very simple. The attitude towards Azerbaijan is not intended to protect human rights. These issues are directly related to economic interests and plans, geopolitics, and so on. The Western circles know that the real budget of Azerbaijan is much higher than the budget of Armenia and Georgia taken together."

Recently, violence has been used against the opposition and community activists in Armenia.

Opposition members are sure that the organizer of such actions is the ruling regime and the human rights bodies of Armenia call such actions "hooliganism."