Ilham Aliyev attends ceremony to give out apartments to journalists (PHOTO) 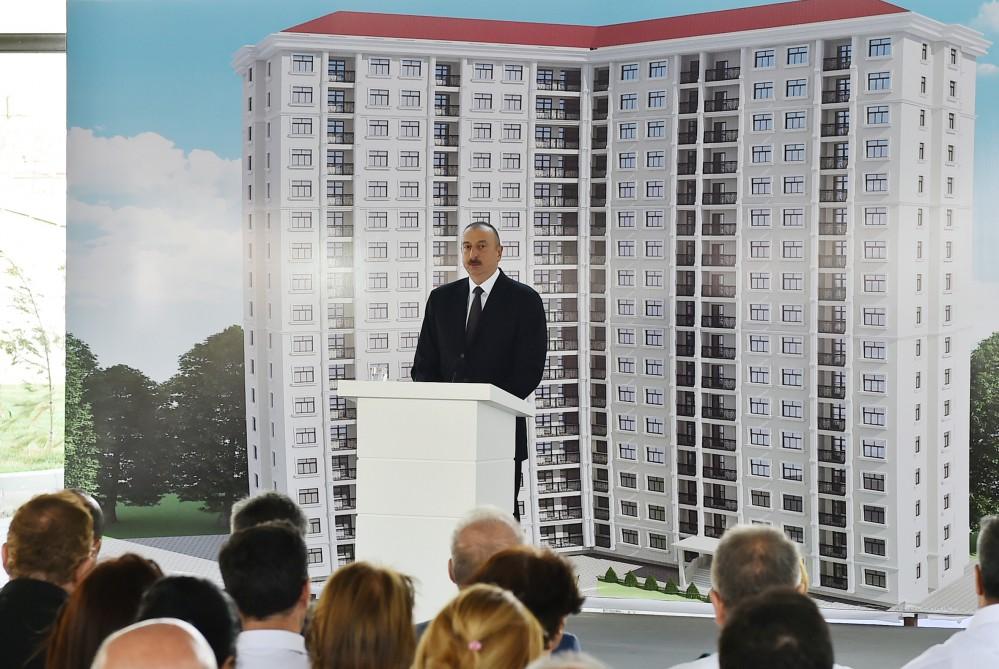 President of the Republic of Azerbaijan Ilham Aliyev has attended a ceremony to give out apartments to journalists as the second residential building for media workers was inaugurated on the occasion of the Day of the National Press.

Assistant to the President of Azerbaijan for Public and Political Issues Ali Hasanov, Executive Director of the Fund of State Support to the Development of Mass Media Vugar Safarli and chairman of Azerbaijan Press Council Aflatun Amashov informed the president that there are 255 apartments in the building.

The total area of the 17-storey building, which was constructed under the Order of the President of the Republic of Azerbaijan "On Additional Measures to Strengthen Social Protection of Azerbaijani Media Workers" dated July 22, 2013, is 34,000 square meters.

The building has nine one-room, 144 two-room, 93 three-room, and 9 four-room apartments. There is a playground in the yard of the building, where extensive landscaping work was done.

The president made a speech at the event.

President Aliyev then cut the ribbon symbolizing the opening of the building. The president viewed the conditions created in three-room and four-room apartments.

All the apartments are built to modern standards and have high-speed Internet, IPTV and independent heating system.

President Aliyev then laid a foundation stone for the third building for journalists. The president viewed a stand reflecting the technical and economic indicators of the building, which will also have 255 apartments.