A limited format session of the Council of CIS Heads of State has been held in Dushanbe, capital of the Republic of Tajikistan.

The Azerbaijani and Tajik presidents posed together for photos.

The heads of state attending the session then posed for a group photo.

Addressing the event, Emomali Rahmon highlighted the work carried out by Tajikistan during its presidency of the CIS. He noted that thanks to the joint activities of the CIS member states, documents, which cover almost all areas of cooperation, were developed.

Nearly 40 meetings were held during Tajikistan’s presidency, a number of issues, including the expansion of cooperation, fight against terrorism and extremism, drug trafficking, illegal migration and so on were broadly discussed. Fruitful cooperation was maintained in economic area, Emomali Rahmon said.

Chairman of the Executive Committee and Executive Secretary of CIS Sergey Lebedev highlighted the issues on the agenda. 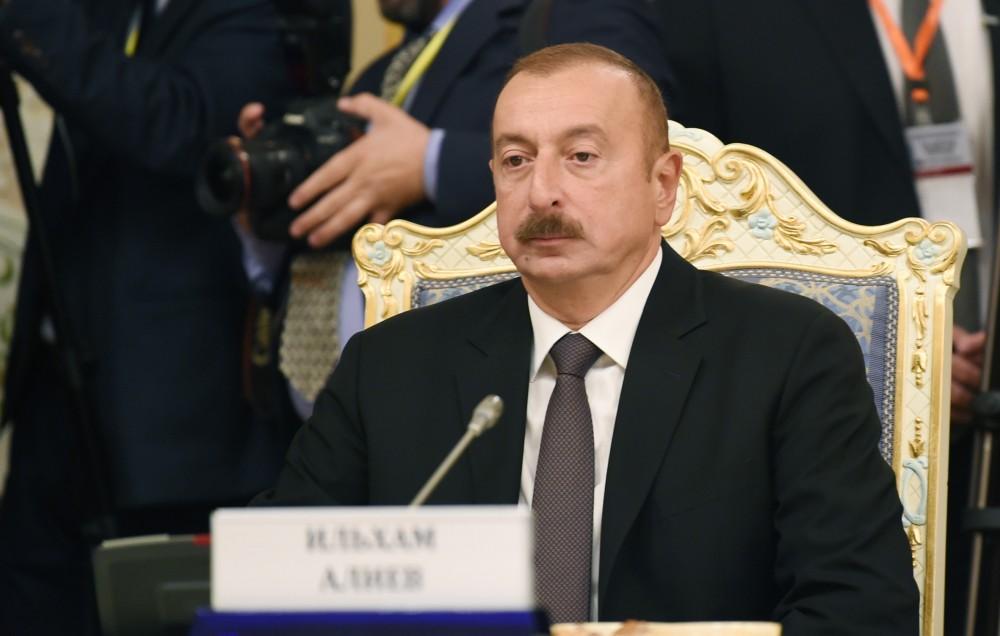 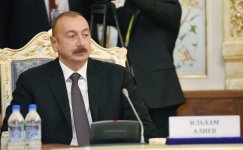