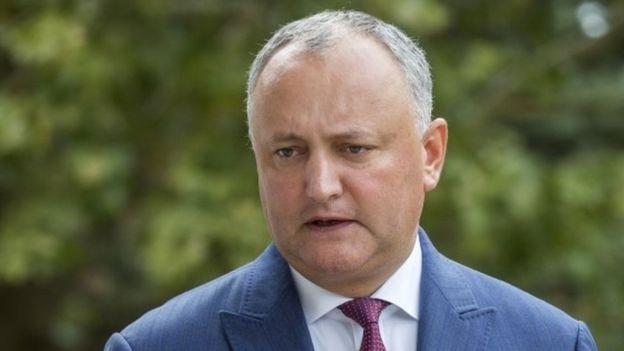 Despite the decrease in the number of active conflicts, the number of threats both at the global and regional levels has not decreased, President of Moldova Igor Dodon said at the 7th Global Baku Forum, Trend reports.

According to him, tensions between global players remain, and new challenges and threats appear.

“We must openly and firmly declare the unacceptability of escalation. Last year I said that I didn’t want Moldova to be faced with a choice to make between two things. What is the new foreign policy? More often than not, others are trying to put us before a question a la "Are you with or against us? Is our foreign policy pro-Russian, pro-NATO, pro-European or pro-American?". For Moldova, the only stance is a pro-Moldovan one. I am sure that national interests should be at the head of the table," said Dodon.

Dodon noted that Moldova became a member of the CIS after the collapse of the USSR, and afterwards the country held active negotiations with the EU and signed an association agreement. Thus, he continued, Moldovan citizens got a visa-free regime with European countries.

"Now we have free trade both with the EU and with the CIS countries. For citizens, there is a visa-free regime with both the EU and the CIS. What is wrong with that?" he concluded, also stressing that Moldova intends to develop the status of continuous neutrality.