We have no foreign mercenaries - President Aliyev 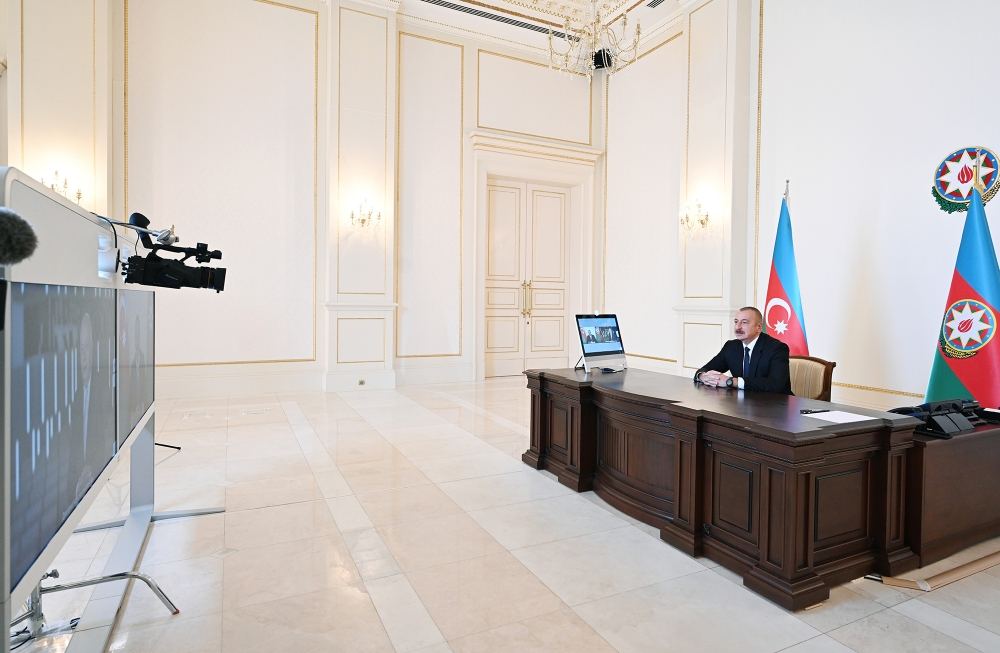 No-one has provided us with any evidence of the presence of foreign armed formations on the territory of Azerbaijan in the current clashes. Our official position is that we have no foreign mercenaries, President of the Republic of Azerbaijan Ilham Aliyev said in an interview to Director General of “Rossiya Segodnya International News Agency” media holding Dmitry Kiselev for Russian RIA Novosti agency, Trend reports.

“There is no need for any foreign military participation in Azerbaijan. Our army consists of more than 100,000 fighters and, if necessary, with mobilization, this figure can be increased several times. Today, the armed formations available to us are fully capable of completing any task. Footage of the destruction of Armenian military equipment is available on the Internet. Of course, no mercenary possesses such qualifications and such technical capabilities. We have destroyed more than a billion dollars worth of the opposing side’s military equipment by means of unmanned attack aircraft alone, and this does not include other resources at our disposal. The potential of the Azerbaijani army is well known – what we have is no secret. Therefore, we have no need for additional military forces. Azerbaijan has always been a consistent fighter against international terrorism. We will never allow any terrorist organizations to build nests on our territory, even more so to pose a threat to our people and our neighbors. We will never allow this,” the head of state said.