We are on the threshold of the Great Return - President Aliyev 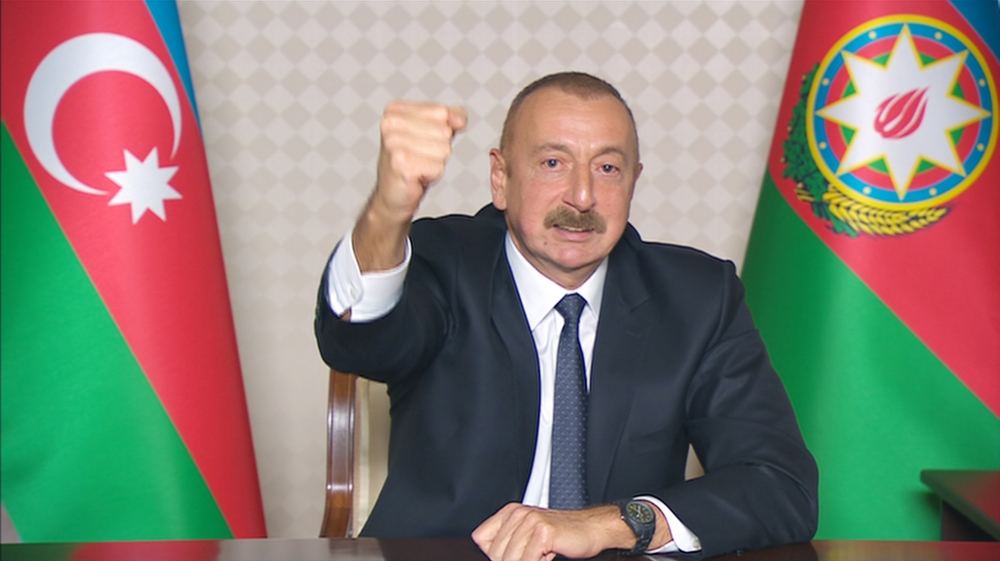 Every Azerbaijani who has not seen their native lands, who opened their eyes to the world after the occupation lived with a desire to return to these lands. We saw it in the example of Jojug Marjanly. Young people born after the occupation, each of them cherished the dream of returning to Jojug Marjanly. I am sure that the citizens of Azerbaijan will return to all the lands liberated from the occupiers. They will live in those lands again and build there in peace and tranquility, President of the Republic of Azerbaijan Ilham Aliyev said addressing the nation, Trend reports.

“Just as the cultural heritage of the Azerbaijani people has been created in all the once occupied lands. But the hated enemy wanted to destroy this heritage, destroyed our mosques. When we built a mosque similar to the Shusha mosque in the village of Jojug Marjanly and opened it, I said that they may have destroyed the buildings of mosques but these mosques live in our hearts, and one day all our destroyed mosques will be restored, all our cities and villages will be restored. We are on the threshold of the Great Return, and the Azerbaijani state will do its best to ensure that citizens of Azerbaijan return to the occupied and liberated lands and live there in peace and tranquility. Life will be revived in these lands. Our IDPs have lived all these years with a dream although many of them have wonderful conditions. As you know, this year alone we plan to provide 7,000 apartments to the IDPs. More than 300,000 IDPs have been provided with houses and apartments. They are grateful to us for this care, they have expressed their gratitude in our numerous meetings. But at the same time, I knew myself and they asked me to return them to their land. They understood that this was a difficult issue, they were perfectly aware that this required certain geopolitical conditions. They believed in me, and I told them that we would return them to those lands. I told them that I knew what to do, when and how. The trust people placed in me allowed us the opportunity to resolve this issue. I declare again that I keep all the promises I make. I am true to all the promises I make. The main goal of my activity as President is the return of Azerbaijani lands, the restoration of territorial integrity, and we are doing it on the battlefield today,” the head of state said.