When Pashinyan put forward seven conditions to us, I said: I have only one condition: get out of our land - President Aliyev 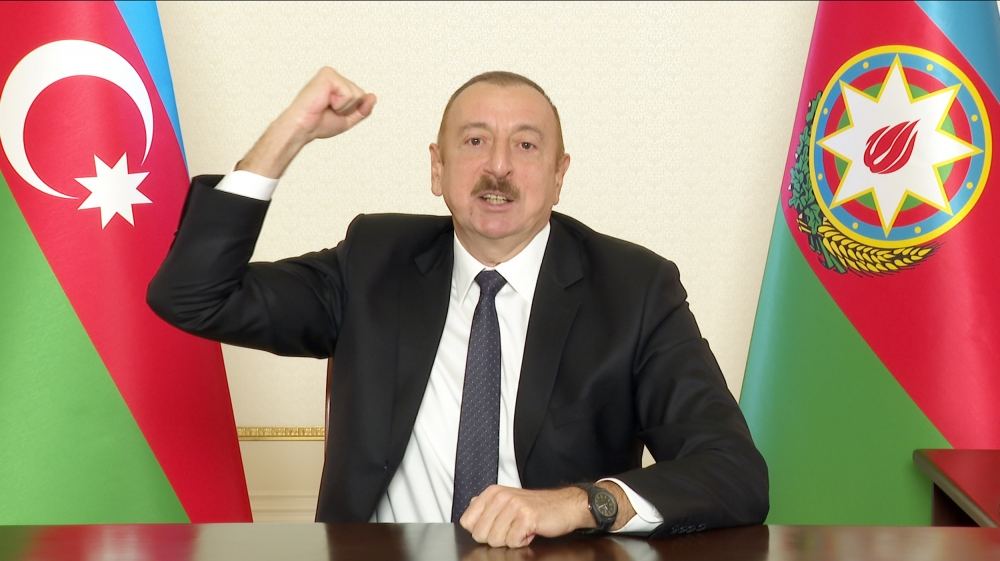 When he [Armenian PM Nikol Pashinyan] put forward seven conditions to us, I said: I have only one condition, I throw your seven conditions in the trash, get out of our land, President of the Republic of Azerbaijan Ilham Aliyev said addressing the nation, Trend reports.

“The results of the war were as I was saying. From the first days, I said that this issue must be resolved through military and political means. I said that we can stop the military solution at any time and we are ready to do that. But on one condition – Pashinyan must personally say when he will leave our lands. He must make a commitment and provide a timetable. It must be stated when they will leave our lands. As soon as that happens, I will stop the offensive operation. He has already been punished. If he had listened to me, he would not have fallen into this disgraceful situation," said the president.

"The results of the war just as I said. We liberated Jabrayili, Fuzuli, Zangilan, Gubadli, Murovdag, Sugovushan, Hadrut, most of Khojavand district and Shusha by military means. We broke the enemy's back on the battlefield. One day after the liberation of Shusha, when we liberated more than 70 villages, the enemy knelt down and signed an act of capitulation. I still do not know where he signed it. They are hiding it. They will probably tell us one day. Pashinyan, where did you sign this act of capitulation? He was forced to accept our conditions,” the head of state said.