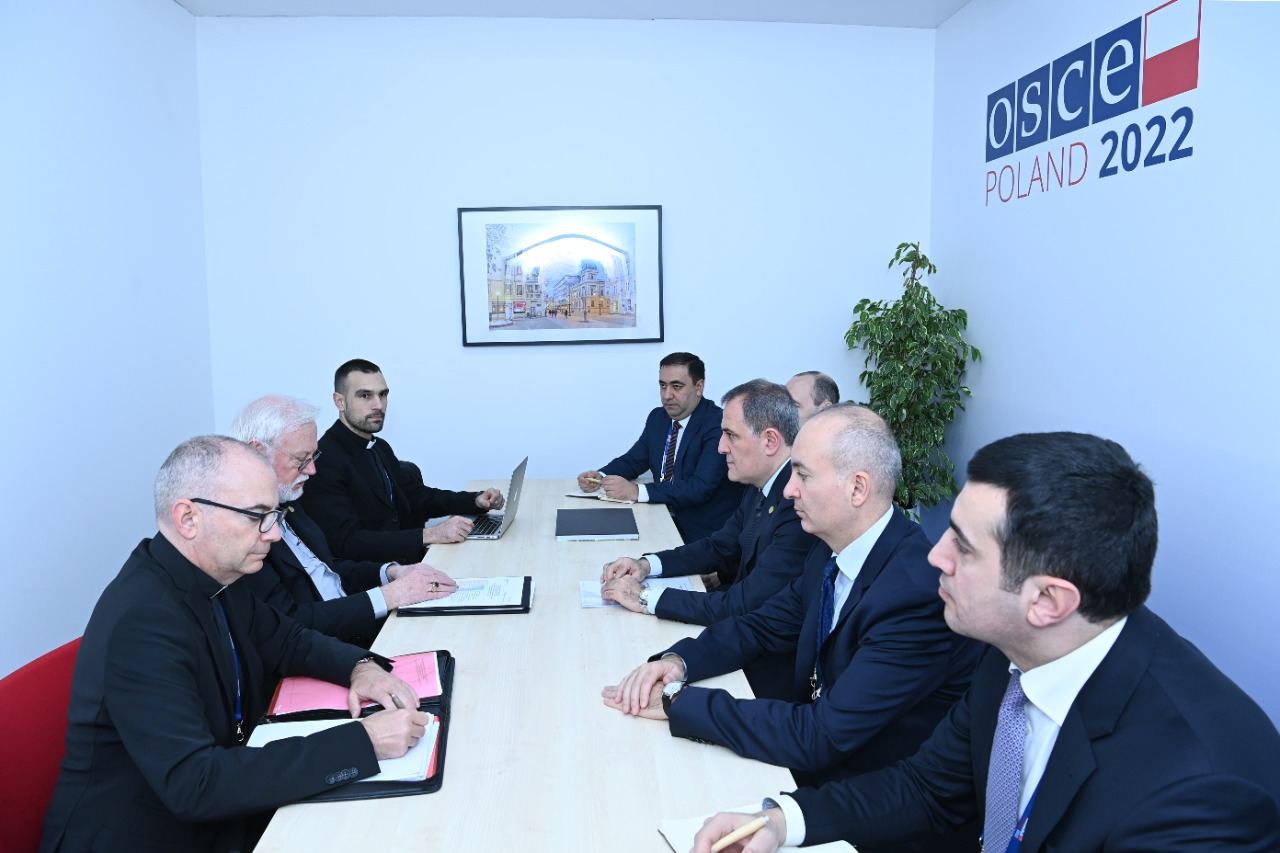 BAKU, Azerbaijan, December 2. Jeyhun Bayramov, Minister of Foreign Affairs of Azerbaijan, has met with Archbishop Paul Richard Gallagher, secretary for relations with states within the Holy See’s Secretariat of State, on December 2, 2022, as part of the 29th meeting of the OSCE Council of Foreign Ministers, which was held in the Polish city of Lodz, Trend reports citing the press service of the MFA.

During the meeting, they emphasized the high level of relations between Azerbaijan and the Vatican.

Bayramov said that Azerbaijan attaches great importance to relations with the Vatican, and also that Azerbaijan's embassy in the Vatican will start operating and expressed confidence that this will contribute to further development of cooperation between the parties.

The Minister provided Archbishop with detailed information about the post-conflict situation in the region, as well as crimes against nature, vandalism and the destruction of cultural and religious heritage during the Armenian occupation of Azerbaijan’s lands. He noted that Azerbaijan is engaged in restoration of infrastructure, transport-communication lines in the liberated territories.

In addition, the minister informed the Archbishop about the mine threat and other provocations committed by Armenia and continuing to this day. Meanwhile, there is still no information about more than 3,800 missing Azerbaijanis since the early 1990s.

Paul Richard Gallagher expressed his hope for the normalization of relations between Armenia and Azerbaijan and the restoration of peace in the region. He said that the opening of the Azerbaijani Embassy in the Vatican is an important step, as well as the need to step up efforts to further expand ties.

During the meeting, the Archbishop noted with satisfaction Azerbaijan's participation in the restoration of historical sites in the Vatican, which is regarded as a contribution to the intercultural dialogue.