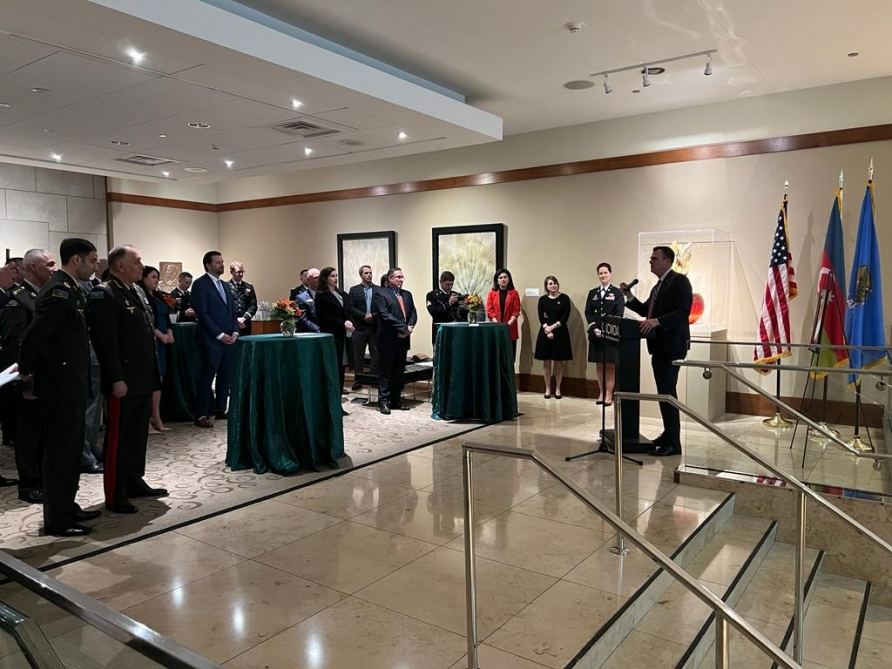 BAKU, Azerbaijan, December 3. An event dedicated to the 20th anniversary of the partnership program between the Azerbaijani Army and the US Oklahoma National Guard was held in Oklahoma, the Azerbaijani Defense Ministry told Trend.

Oklahoma Governor Kevin Stitt, Commander of the Oklahoma Army Thomas Mancino, Colonel General Karim Valiyev and Azerbaijani Ambassador to the US Khazar Ibrahim talked about the activities carried out over 20 years, emphasized mutual visits, including cooperation in education, energy, agriculture, and other areas, as well as expressed confidence in further strengthening of these ties.

The participants were also informed on reconstruction activities conducted on Azerbaijani liberated lands, and leading Oklahoma companies were invited to invest in various areas of these territories, especially in renewable energy sources.

In the artistic part of the event, soloist of a separate model military band of the Azerbaijani Ministry of Defense, tarist Arslan Novrasli, soloist of the International Mugham Center, kamancha performer Elnur Mikayilov and Honored Artist of Azerbaijan, pianist Nargiz Aliyeva performed works by Azerbaijani and international composers.