Azerbaijan's policies have allowed the country to become a bridge for Islamic countries in the Caucasus and Central Asia, Iranian Inter-Religious Rapprochement Committee head Sheikh Mohammad Ali Taskhiri said at a news conference at the Iranian Cultural Center in Azerbaijan.

"Azerbaijan's contribution to Islam's development is great. The country presented religious scholars to the Islamic world. It is important to have such conferences in Azerbaijan," he added.

Taskhiri said Azerbaijan has a special influence in the Islamic world.

"If Azerbaijan's authority among Islamic countries increases, it will benefit the entire Islamic world. We must lead interfaith dialogue both within Islam and outside Islam. The duty of Muslims is not to isolate themselves from world culture," said the religious figure said.

In his view, Islamic culture and world culture have much in common. It is necessary to hold an interfaith discussion on important issues such as the establishment of world peace, international security, human rights annd family roles in society, said Taskhiri. 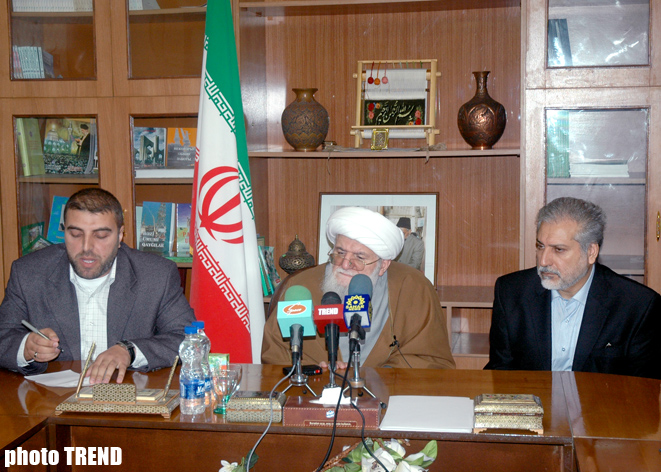