Azerbaijan`s online media should be provided with state aid (PHOTO) 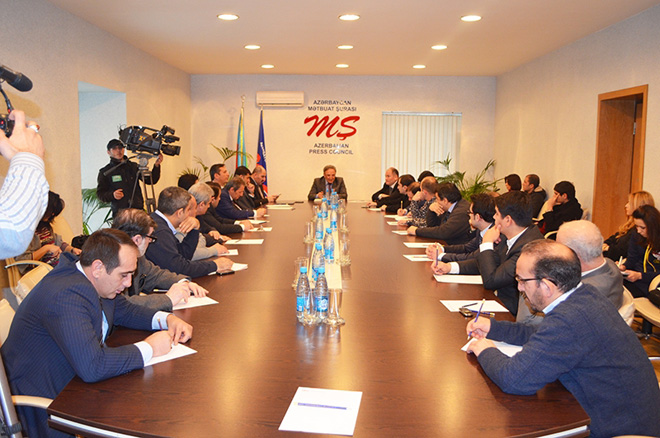 There are around 300 news websites, 80-100 of which operate on a regular basis in Azerbaijan today. Internet websites are becoming a main source of news both in the world and Azerbaijan, according to research.

With this in mind, the Press Council of Azerbaijan decided to declare 2014 the Year of Internet, Amashov said. In this regard, the Council is preparing the conception of assistance to Internet media.

The Press Council chairman considers that support and assistance of online media can be provided by the Fund of State Support for Mass Media under the President of Azerbaijan.

A number of international conferences as well as local events will be held until the end of year in the framework of the 2014- the Year of Internet.

Furthermore, March training seminars on the security of websites will be held for representatives of the country's online media in accordance with an agreement with E-security Center (ETM) acting under the Azerbaijan Ministry of Communications and Information Technologies.