The US embassy in Azerbaijan launched a new project entitled "Knowledge is Power", aimed at supporting the education of children of internally displaced persons (IDPs) from the Zangilan district, US Ambassador to Azerbaijan Robert Cekuta told reporters in Baku Feb. 23.

Cekuta said that the task of the US embassy is to support the future generation in Azerbaijan.

The ambassador added that presently the US embassy’s efforts are aimed at supporting the education of children of Azerbaijani IDPs.

The US embassy’s "Knowledge is Power" program will help Azerbaijani children learn English and better use their potential, he said.

The ambassador added that the importance of the project to support children of IDPs, funded by the US, is stipulated by the upcoming anniversary of the Khojaly tragedy.

All remember the horrors in Khojaly town, the ambassador said.

He said that the embassy’s current goal is not only not to forget what happened, but also to look to the future, invest in the future.

Cekuta sees the assistance rendered to children in their education as very important.

The English learning program for children of IDPs in Azerbaijan envisages English lessons for children studying at school #4 of the Zangilan district.

Since 1991, the US has invested $1.3 billion in Azerbaijan’s development. About $125 million of that amount was intended to help IDPs. 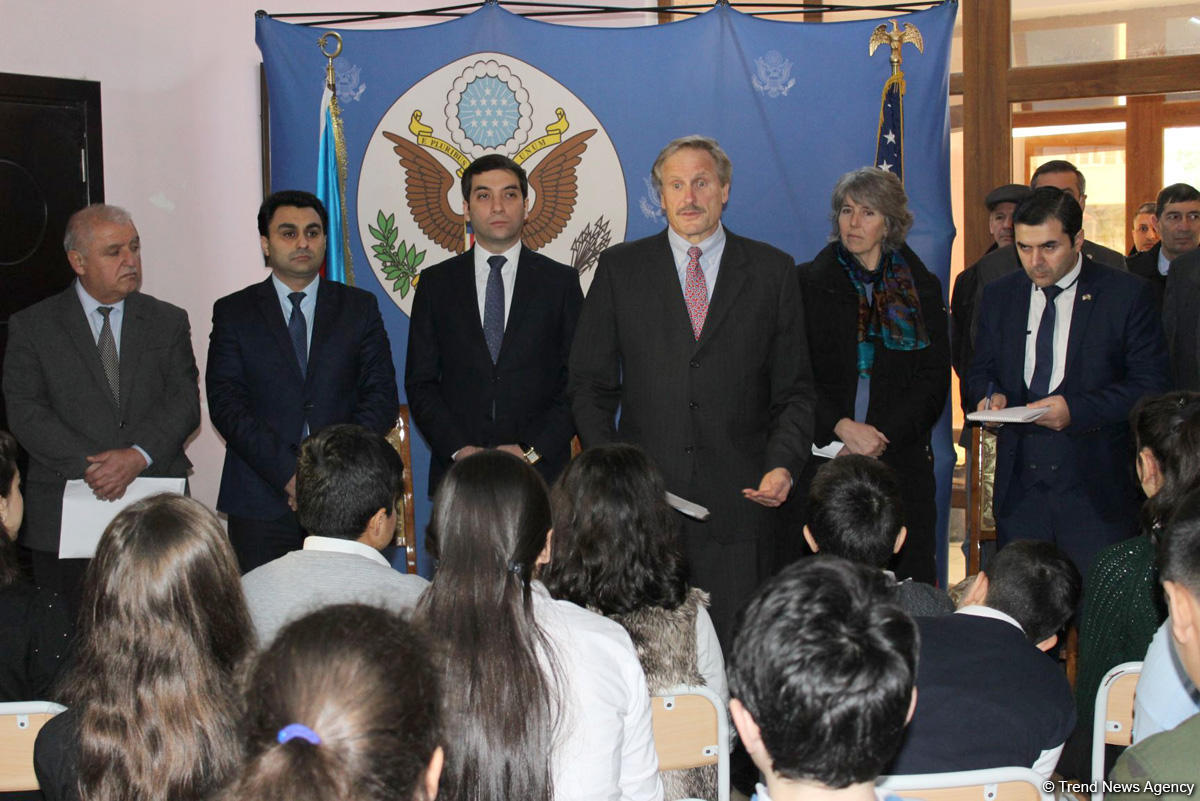