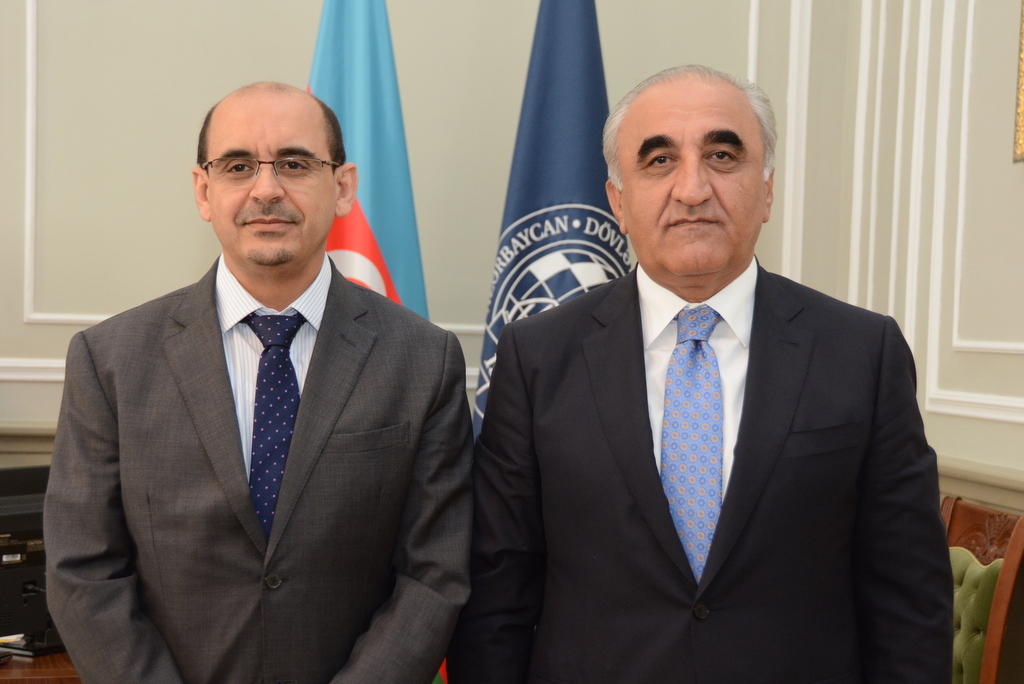 The president of the University of Wollongong of Australia operating in Dubai Prof.Mohamed Salem and the chairman of the Global Career Institute and the Azerbaijan-Cyprus Friendship Society Orkhan Hasanoghlu visited UNEC.

The rector of UNEC, professor Adalat Muradov informed the guests about the region’s largest economy-oriented university which is conducting the education in four languages.

The rector, speaking about the dual degree programs with the prestigious higher education institutions of the world in the bachelor’s and master’s degree level of education and the exchange programs, noted that he was interested in cooperation in this direction with the universities from Islamic countries.

The rector emphasized that the foreign students from Islamic countries along with many other countries around the world had been studying at UNEC, as well.

Expressing his satisfaction with being at UNEC, Mohamed Salem spoke about the education opportunites of the Wollongong University. He said that the oldest higher education institution of country Wollongong was holding the leading position in the region in the area of teaching conducting scientific research and applying the innovations.

Noting that he was interested in expanding ties with higher education institutions in Azerbaijan, M.Salem emphasized the importance attached to cooperation with UNEC in this direction. He noted that, every year Azerbaijani students took part in the admission to the university governed by him.

Speaking about the directions of activity of the organization he represented, O. Hasanoghlu noted that cooperation with UNEC in the implementation of international conferences, forums and joint projects would be successful for both sides.

During the meeting, the sides exchanged views on organization of dual degree programs on bachelor’s, master’s and doctorate levels of education between the universities. At the same time, the student-teacher exchanges, joint initiatives in MBA and EMBA programs, conducting research in Islamic finance and banking area, as well as, the organization of guest lecturers’ lectures also were discussed. Iran and Georgia fix problem with transit of trucks, through Azerbaijan