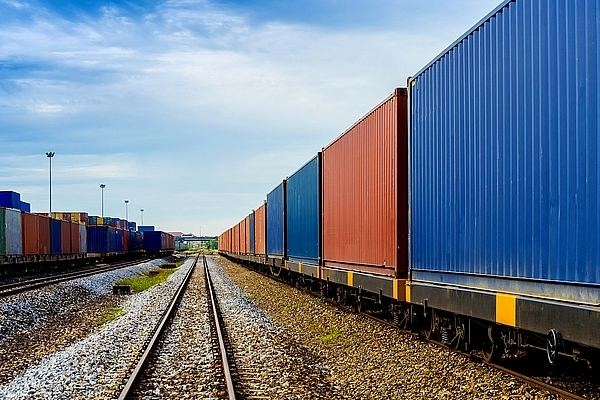 BAKU, Azerbaijan, January 3. Today, under the leadership of President Ilham Aliyev, Azerbaijan is becoming the driver of the development of transport corridors of Eurasia.

Speaking at various international platforms, President Ilham Aliyev says that Azerbaijan is implementing programs to diversify its economy. In particular, increasing the transport capacity of Azerbaijan is a big contribution in terms of diversification.

Located at the intersection of the North-South and East-West transport corridors, Azerbaijan is recognized as an important transport and logistics hub of the region. International transport corridors passing through its territory are of big advantage for transportation of goods both in terms of distance and time savings. The Baku-Tbilisi-Kars railway and the Baku International Sea Trade Port further expand the possibilities in this regard. At the same time, these possibilities facilitate the growth of the transit cargo volume.

Having a strategic central position between Europe and China and having modern aviation, railway, pipeline and maritime infrastructure, Azerbaijan is becoming a new leading logistics center.

The importance of the Trans-Caspian International Transport Route (Middle Corridor), where Azerbaijan is also an important link, is increasing as well. The Middle Corridor, the route from China to Europe, plays a major role in the current agenda. China, within the framework of Belt and Road Initiative, intends to build or improve local transport networks of the Central Asia countries and the Caucasus. On the other hand, it is necessary to integrate regional infrastructure with larger multimodal transport corridors in order to create favorable conditions for special economic zones, such as the Aktau port in Kazakhstan.

Since the war in Ukraine started, Azerbaijan and Türkiye have increased the use of transport networks passing through Central Asia. In this regard, Türkiye, having no common border with the countries of Central Asia, considers Azerbaijan as a major connecting point for the region.

Azerbaijan ensures the efficient organization of transit transportation of goods to various destinations. This allows for safe and timely delivery in a short time on more favorable terms. Transit routes continue to expand, trade turnover increases, which ultimately leads to the prosperity of Azerbaijan and the region as a whole.

The attention of the leading economies and multinational companies to Azerbaijan is a confirmation of President Ilham Aliyev's words: "Our signature has the same power as our word".