China's Ping An buys half of Fortis asset arm 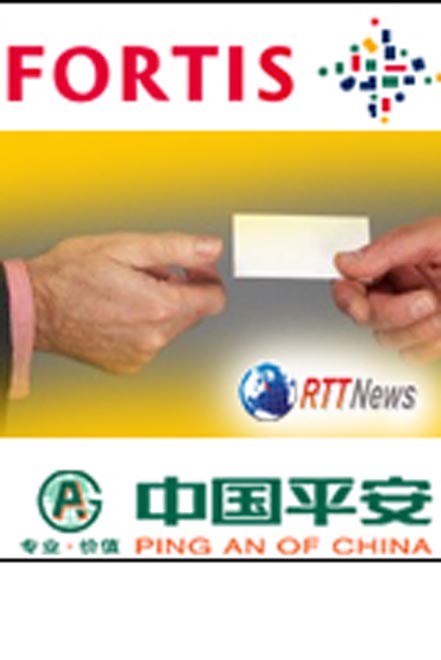 At the same time, Ping An has also raised its stake in the Belgian-Dutch financial group to 4.99 percent from 4.18 percent, they said in a statement. The shares for the additional stake were bought on the open market, a Fortis spokeswoman said.

In the latest foreign acquisition by a Chinese firm, the deal expands the existing relationship between Fortis (FOR.AS: Quote, Profile, Research) and Ping An, which is the European firm's largest shareholder, and builds on Ping An's three-pronged strategy to grow its insurance, banking and asset management units.

Fortis will get a much -needed cash injection to shore up its capital base, which has been eroded due to its financing for the acquisition of ABN AMRO's Dutch operations and asset management unit as well as subprime-related write-downs.

Fortis Chief Executive Jean-Paul Votron called the deal a "unique opportunity to accelerate our growth plans for asset management, particularly within high growth markets such as China and elsewhere in Asia."

Shareholders in Ping An recently agreed to allow the firm to raise about $16 billion through one of the world's biggest corporate fund raisings -- a war chest the company has said it aims to use in part for acquisitions.

"This aligns with Ping An's business strategy, as it wants to invest in European assets and expand its securities and trust business," said CLSA analyst Dominic Chan.

Sources said last week that the Wednesday deal was in the works. Fortis had hinted two weeks ago that it was in talks with an unidentified partner on a deal that would shore up its capital base by 2 billion euros.

Cashed-up thanks to furious growth in their fast-expanding home market, Chinese financial giants have been avidly making investments overseas in order to tap new markets and acquire know-how.

Merrill Lynch was advising Fortis on the deal, and JP Morgan was representing Ping An.