The establishment of the joint Russia-Azerbaijan bank VTB-Azerbaijan was possible thanks to the interest and efforts of entrepreneurs and bankers from both countries, as well as the political support of the Russian and Azerbaijani governments, Russian Presidential Administration head Sergey Naryshkin said during the opening of VTB-Azerbaijan today.

"It is a great event not only in terms of economics, but also politics as the second largest Russian bank, with the participation of state capital, joined the Azerbaijani market. It also gives an extra impetus for developing economic cooperation between the two countries," Naryshkin said.

Azerbaijan has had the highest growth rates in the CIS in the past 10 years. Even the global economic crisis could not the country's dynamic development, Naryshkin said.

VTB Group entered the Azerbaijani market in late 2008. The Central Bank of Azerbaijan issued a bank license for JSC VTB Bank (Azerbaijan) No. 06/06-634 on March 11.

VTB Group is a leading Russian financial group with a wealth of experience in Russia and the CIS. It has subsidiaries in over 20 countries worldwide. VTB's main shareholder with an 85.5-percent stake is the Russian government.

VTB offers a wide range of corporate, retail and investment banking services in Russia, as well as several countries in the CIS, Western Europe, Asia and Africa. In June 30, 2009, VTB became the second largest financial group in Russia in terms of assets (3.63 trillion rubles) and customer accounts (1.56 trillion rubles). The regional Network of VTB in Russia, the CIS and Europe consists of 966 sales centers. The group composes three large retail banks in Russia. 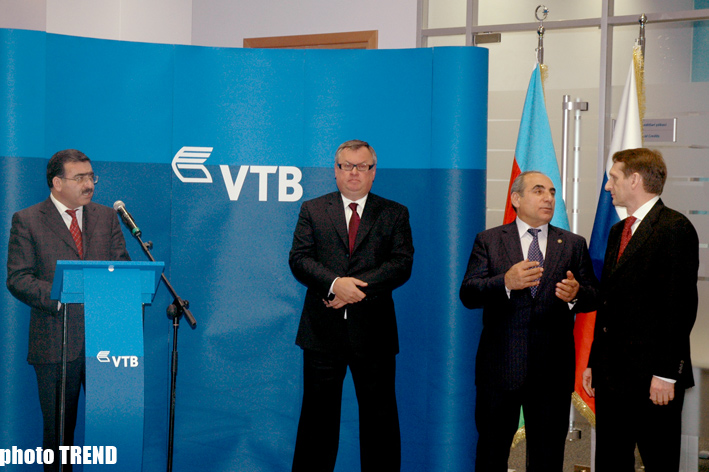