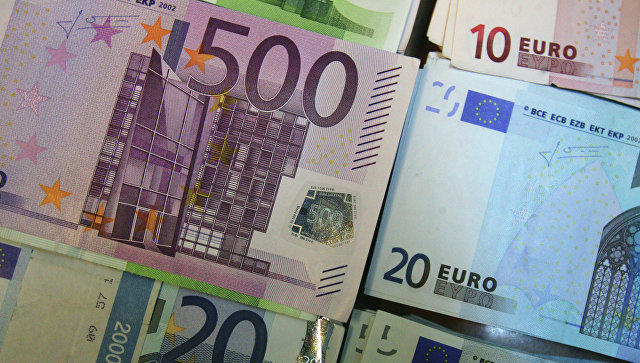 The euro on Wednesday snapped a four-day rally that had lifted it to a two-week high as markets awaited news of U.S.-China trade talks and Federal Reserve minutes, Reuters reported.

The dollar steadied, after falling sharply this week when U.S. President Donald Trump criticized the Fed’s interest rate increases. Minutes of the Fed’s last meeting are expected to confirm it is on course to raise rates twice more this year.

“Everybody would be surprised if there is anything to dig up in the minutes. It looks smooth for the Fed to hike in September and then in December. There has been no indication that the Fed is hesitating,” said Niels Christensen, an analyst at Nordea.

Analysts said growing U.S. political uncertainty, reinforced by the criminal convictions of two of Trump’s ex-advisors, would keep the dollar under pressure, despite the United States embarking on greater monetary tightening than elsewhere.

Immediate currency market reaction to the news was limited, however.

The euro slipped 0.1 percent to $1.1563 off two-week highs. That was still more than two cents off 14-month lows hit last week on fears of contagion from a currency crisis in Turkey and renewed worries about Italian political turbulence.

In quiet markets, the largest mover among the big currencies was the Australian dollar, down 0.4 percent as Prime Minister Malcolm Turnbull faced another possible challenge to his leadership.

The Aussie, which remains vulnerable to any signs of a Chinese economic slowdown caused by the U.S.-China trade conflict, traded at $0.7345, away from 20-month lows reached last week.

The U.S.-China trade talks are set to begin later on Wednesday in Washington, although expectations are generally low.

“Market expectations may have exceeded the likely outcome from the trade talks, especially equities, which have gained significantly,” Ishikawa at IG Securities said. “The talks could end with little fanfare as they will not be conducted at a high level.”

The benchmark S&P 500 stock index touched a record high on Tuesday and equaled its longest-ever bull-market run, buoyed by strong earnings reports in the consumer sector and relative calm in the U.S.-China trade dispute.

Sterling gained 0.8 percent on Tuesday after Britain's chief Brexit negotiator, Dominic Raab, said the country is still confident it can reach an exit deal with the European Union in October. It traded down 0.2 percent at $1.2885 on Wednesday.

The offshore Chinese yuan fell 0.2 percent to 6.8442 per dollar with emerging market currencies across the board weak, although losses were contained. The Turkish lira rose half a percent.