The Sabiha Gokcen Airport in Istanbul will be connected with the city center by high-speed railway, the Ministry of Transport and Infrastructure of Turkey told Trend Nov. 8.

The ministry stated that the connection of the International Sabiha Gokcen Airport with the center of Istanbul city will finish on October 28, 2019.

The ministry also noted that this project received a license for environmental impact assessment (EIA) in November last year.

"The total cost of the project is 4.853 billion Turkish liras," the ministry said in a statement.

There are 56 airports in Turkey. Currently, Turkey is working on the construction of the Rize-Artvin airport in the north-western part of the country, on the Black Sea coast. 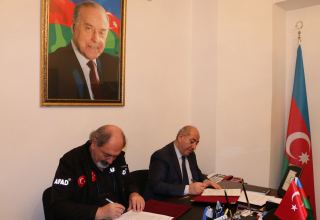