At present, the State Oil Company of Azerbaijan Republic (SOCAR) exports about 2 million cubic meters of gas per day to Georgia, a source in the oil and gas market said. As of Feb.18, the figure exceeded 2 million.

"Presently, the company exports about 2 million cubic meters of gas per day," the source said.

SOCAR carries out gas supplies to Georgia via a pipeline linking the two countries in the Gazakh region of Azerbaijan. The pipeline's capacity is about three billion cubic meters of gas per year.

In November 2008, Azerbaijan and Georgia signed the agreement to stir up SOCAR's activity on Georgian gas market during next 5 years beginning from 2009. Under the agreement, SOCAR will launch subsidiaries to supply gas to consumer groups pinpointed by the Georgian government.

Dec. 26, SOCAR and the Georgian Government signed an agreement to operate 30 gas supply grids and gas distribution networks in the Kakheti, Mtskheta-Mtianeti, Shida and Kvemo Kartli, Ajaria, Guria, Imereti, Samegrelo regions of Georgia. These networks are operated by 24 companies. The sides also signed an agreement on gas deliveries for five years, including to social groups of subscribers identified by the Georgian government under the invariability of prices within five years. SOCAR received the networks in February 2009. Azerbaijan's FM meets with head of IAEA in Vienna (PHOTO) 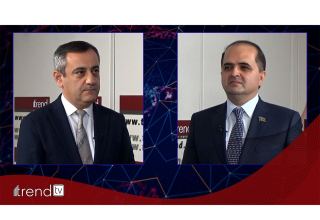