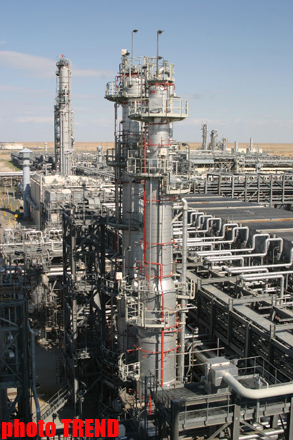 The financial component of a project of SOCAR's new oil refinery in Turkey is estimated to be $6 billion, SOCAR president Rovnag Abdullayev told media today.

He said that the volume of commercial lending will reach $1 billion. About $1.5 billion is planned to be guaranteed by shareholders' funds.

"It is planned to ensure the financing process of a new complex on oil and gas processing and production of petrochemical products in Azerbaijan using the same system," Abdullayev said.

This project is planned to be realised by shareholder funds, the State Oil Fund of Azerbaijan (SOFAZ) and export bank loans.

"This is one of the largest projects being implemented in Azerbaijan," he said. "It will contribute to the economic development of the country."

According to the feasibility study of the project, total investments will reach about $15 billion with a payback period of seven years.