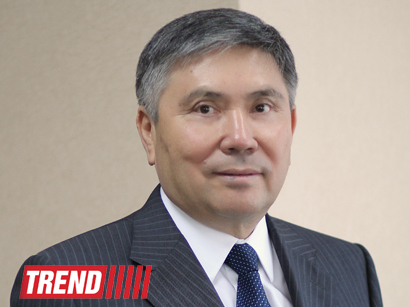 It will not be possible to start oil production at Kazakhstan's Kashagan field before late 2015, the country's Oil and Gas Minister Uzakbai Karabalin told reporters on July 1.

The minister specified a number of objective reasons for this delay.

First, the ice conditions create difficulties for developing the field, according to Karabalin.

"The ice is adrift in the Kazakh part of the Caspian Sea; it drifts for 500 kilometers and creates hummocks. We are aware that many world oil companies operate near the Arctic Circle, but there flows a warm current - Gulf Stream - and there is no ice as we have," he stresses.

"Additionally, the high concentration of hydrogen sulfide and high reservoir pressure makes the situation difficult at Kashagan field. In one word, there are many challenges, and all of them have been concentrated in one field - Kashagan," the minister said.

Karabalin stressed that in autumn of 2013, when the field was put into operation, it was ascertained that all the wells operate normally, all the installed equipment operates properly both on the mainland and on the island.

The minister went on to add that under the circumstances, when there are cracks in the pipeline, no one will start the oil production unless all the problems are completely eliminated.

Karabalin stressed that it will take time to replace all the pipelines that run from the island to the mainland.

"Note that the Kashagan field is located in a conservation area which accounts for 75 percent of sturgeons. There are also nesting sites of waterfowl. And under the law, oil producing companies of the international consortium that conducts the development of the field, are allowed to work after the chicks hatch out. That's to say, we may work only after the chicks hatch out and continue our work until the start of the ice-coating process.

As you can see, we have to limit ourselves in terms of timeframe," the minister said.

The oil minister underscored that the next delay in the oil production at Kashagan field will have serious impact on the country's economy.

"We expected to get additional eight million tonnes of oil from Kashagan field this year. We failed, but it doesn't mean that our economy has started to collapse. We simply couldn't get what we expected and we should work hard to ensure a reliable and long-term operation," Karabalin said.

He went on to add that currently, the negotiations with the contractors on finding the ways of changing the situation for the better are underway.

A plan will be developed to replace the pipelines taking into account the possibility of an early resumption of production. As a precaution, in order not to lose time, the consortium has already launched a tender process to purchase pipeline segments.

Previously, it was reported that on June 1, 2014 the participants of the North Caspian Sea Production Sharing Agreement (NCSPSA) signed a memorandum of understanding with Kazakhstan to further develop the stages of completion and mining of the Kashagan project.

Oil production at Kashagan field started on September 11, 2013. However, on Sept. 24, the usage of the field was suspended due to a gas leak on a pipeline running from the D Island to the Bolashak Integrated Oil and Gas Plant.

The pipeline sections were supplied by two Japanese companies - Sumitomo and JFE, and the Italian company Saipem was engaged in laying the pipes.

The resumption of production will depend on the results of the research, which should be available by late Q2.