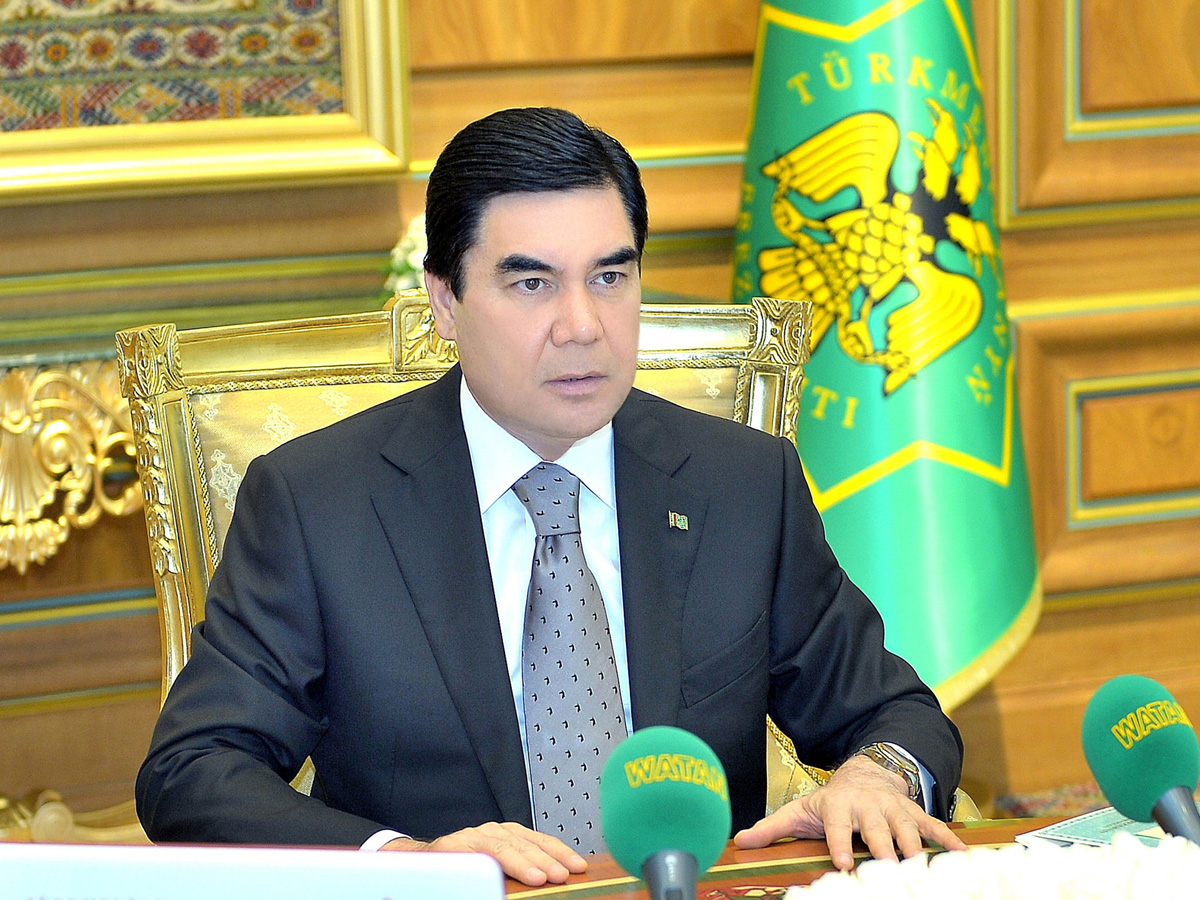 President of Turkmenistan Gurbanguly Berdimuhamedov has instructed the relevant oil and gas leaders of the country a number of specific guidance to accelerate work on the Turkmenistan-Afghanistan-Pakistan-India (TAPI) gas pipeline project, Altyn Asir TV channel reported on Saturday.

This issue was discussed at a meeting of the Cabinet of Ministers.

President "emphasized gathered on priorities related to the creation of multi-variant system of transportation of Turkmen energy resources to world markets, as well as the further promotion of Turkmenistan's international initiatives in the field of formation of a new architecture of global energy security", said in statement.

Gurbanguly Berdimuhamedov noted a specific role in this context is implementation of large-scale project on construction of the transnational gas pipeline TAPI.

According to a preliminary feasibility study, the cost of the Turkmenistan- Afghanistan- Pakistan- India (TAPI) pipeline project is estimated to be around $7.6 billion, the Ministry of Petroleum and Natural Gas of India said referring to the Minister of State (I/C) for Petroleum & Natural Gas Shri Dharmendra Pradhan.

TAPI will be 1,814 kilometers long, the statement said.

The meeting of the TAPI steering committee was held in Ashgabat in late 2014. A decision was made to announce an international tender to choose a TAPI Ltd. consortium leader in early 2015.

The basic document for its implementation is Ashgabat's interstate agreement signed among the participating countries in 2010.

The design capacity of the TAPI will be up to 33 billion cubic meters of gas per year, while the expected lifetime is 30 years.