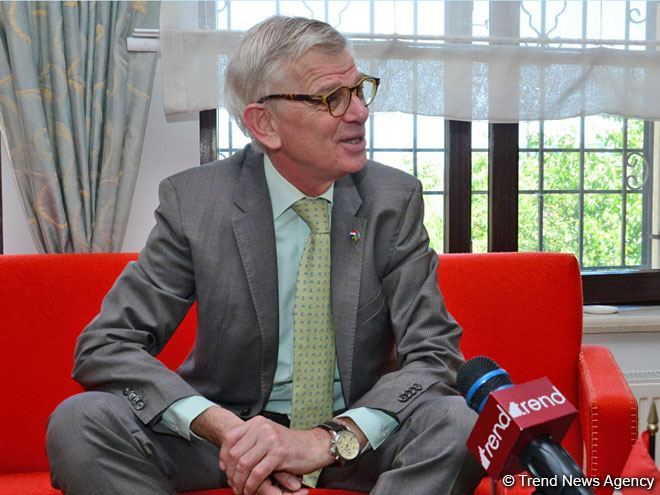 Netherlands and Azerbaijan are exploring possibilities of cooperation in the renewable energy sphere, outgoing Ambassador of the Netherlands to Azerbaijan Onno Kervers told Trend.

"It is very good that Azerbaijan is focusing on this sphere, because there is a great potential here. Azerbaijan has solar energy, wind energy and geothermal energy. We’ve been talking to Azerbaijan’s Energy Minister Parviz Shahbazov. He also understands that if Azerbaijan has renewable energy for its own consumption, the country can export more oil and gas. So, there is a very important connection," said Kervers.

The ambassador pointed out that there is a number of Dutch companies with technology for developing offshore wind energy.

"Talks are underway to see if there are possibilities for cooperation between Azerbaijan and the Netherlands. I speak to a lot of Dutch companies, among which there are companies which can produce relatively cheap biogas. This would be interesting for smaller villages in Azerbaijan’s regions," said Kervers.

He went on to add that there are Dutch companies working in the offshore, traditional sector in Azerbaijan.

"There is a company, which provides anti-corrosive paint, which is important for the oil rigs, there is a company which deals with waste management in the process of drilling, there are companies specialized in emergency evacuation in the case of an incident on an oil platform," said the envoy.

Kervers highlighted the significance of the Southern Gas Corridor, which envisages transportation of Azerbaijani gas to Europe.