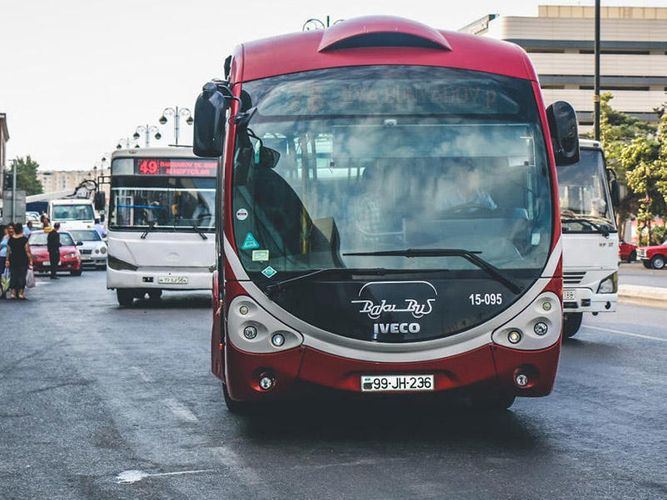 The movement of trains on the Baku-Tbilisi-Kars railway in the direction of Turkey (Istanbul) - China (Xi'an) has become regular since January 2021, Balakhan Nazarov, spokesman for a subsidiary of the Azerbaijan Railways - ADY Container LLC, told Trend.

“The movement in this direction does not envisage a clear schedule, the trains will move as soon as cargo is loaded, that is, the train will be sent fully completed,” the spokesman added.

Moreover, ADY Express LLC reported that the transportation of export-oriented goods via the Baku-Tbilisi-Kars (BTK) railway has been launched for the first time since 2021.

Moreover, the port reached a new agreement with the Belgian training center of the International Port of Antwerp, the Baku International Sea Trade Port told Trend.

"The memorandum signed by Director General of the Port of Baku Taleh Ziyadov and Director of the International Port of Antwerp Mario Lievens envisages cooperation between the training centers of the two organizations in the field of training professional staff, organizing a training on environmental protection and labor, innovation and digitalization, trade and operational processes," Port Of Baku said.

Moreover, Trend’s staff found out the expert opinions related to the agreement reached following the results of the trilateral meeting of the president of Azerbaijan, the president of Russia, and prime minister of Armenia on the restoration of all economic and transport links.

“This project is a major infrastructure construction,” Russian political analyst, a researcher at the Institute of Economics of the Russian Academy of Sciences Alexander Karavayev said.

“While using this corridor during the next five years, the export of goods will increase by about 30-40 percent,” Karavayev added. “However, before the commissioning of these facilities, there will be an increase in the construction sector and car production volume.”

In turn, the director of the New Society Institute Vasily Koltashov said that attracting third countries to the transport infrastructure of the South Caucasus will lead to economic growth in these countries.

“The economic growth will be associated with the Russian investments, with cooperation between Baku and Moscow, as well as with a number of related interactions,” Koltashov added. “The successful launch of the corridor will allow noticing an increase in trade turnover between these countries by late 2021.”

"The traffic of goods in the direction of Iran, from Iran to Turkey can increase thanks to this transport corridor, the volume of freight traffic to Central Asia through the Caspian Sea and through the South Caucasus to Europe may be increased and the possibility of transferring part of the flow of goods from Asia, in particular, from China to Europe may be absolutely real," Okhrimenko added.

Moreover, Mikhail Neyzhmakov, a leading analyst at the Russian Agency of Political and Economic Communications, thinks that the implementation of plans to restore transport communications in the South Caucasus can further strengthen the partnership between Azerbaijan and Turkey and become another motive for mutual investments.

"The increase in the flow of goods, and in case of implementing the most favorable scenarios, the number of passengers that will be sent to Russia in transit through Azerbaijan, will become one of the arguments for investing in the development of infrastructure on the Russian territory, primarily in the North Caucasus Federal District,” Neyzhmakov said. “The restoration and reconstruction of the corresponding infrastructure facilities will require huge investments."