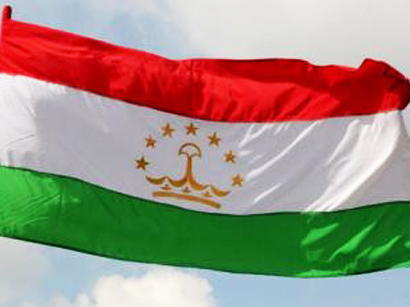 Tajikistan will hold the chairmanship of the OSCE Forum for Security Cooperation (FSC) from May to August 2019. The Forum’s Security Dialogues are an opportunity for the 57 OSCE member States to discuss issues of military security and stability in Europe, reports Trend with reference to news.tj

Mr. Qalandar reportedly noted a high level of holding of Forum’s sessions and the constructive and transparent approach of Switzerland's Permanent Mission to the OSCE.

Presenting a preliminary Program of the FSC under the Tajik Chairmanship for the next four months, Ambassador Qalandar expressed the intention to attract the attention of the Forum to the current issues of regional security in Central Asia, as well as the urgency of enhancement of cooperation between the OSCE and the regional organizations in Central Asia.

In addition, it was noted that the Tajik Chairmanship would maintain the continuity of consideration of the core FSC issues, such as confidence and security-building measures (CSMBs), management of Small Arms and Light Weapons (SALW) and Stockpiles of Conventional Ammunition (SCA), as well as the implementation of the provisions of the United Nations Security Council Resolutions 1540 and 1325.

The Program of the Tajik Chairmanship includes a Joint FSC-Permanent Council Meeting on Structured Dialogue, during which the Tajik Chairmanship, will draw the attention of the OSCE participating states, inter alia, to the necessity of taking joint measures in countering terrorism and violent extremism in the OSCE area.

The Forum provides a unique platform for the 57 OSCE participating States to discuss topical security challenges on an equal footing. The agenda for the weekly Forum meetings in Vienna always includes security dialogue, allowing participating States to raise and discuss security concerns and challenges. These discussions regularly lead to initiatives and measures to strengthen politico-military security.

The Forum Chairmanship rotates among the OSCE participating States, with each State holding the FSC Chairmanship for four months. A so-called Troika, comprising the former, present and incoming Chairmanships, ensures continuity in the Forum’s work. The Forum approves documents and decisions by consensus. The OSCE Secretariat’s FSC Support Section supports participating States’ efforts to implement FSC commitments, which - like all OSCE commitments – are politically binding.