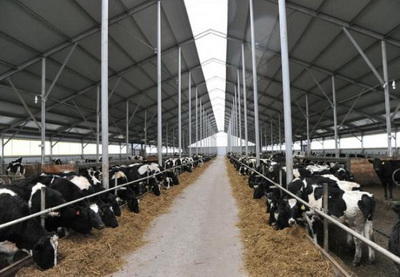 The experience of implementing projects with Italian, French partners on the win-win system is quite possible to be implemented in other countries, Bakhodir Kamilov, Advisor to the General Director for Public Relations and Communications of BMB Trade Group LLC, told Trend.

“The creation of a joint business that contributes to the simultaneous solution of profitable tasks for business to attract foreign direct investment and promote the export of national products to the world market deserves the highest attention,” the advisor emphasized.

“A successful formula for establishing and developing joint investment and export activities of the company presupposes a high degree of mutual trust and consideration of interests between partners, which is achieved through careful study of all the details,” Kamilov said.

Currently, BMB Trade Group, with the organizational support of the Embassy of Uzbekistan in the UK, is negotiating with one of the British companies to open a joint venture in London for the packaging of dried fruits according to a similar business strategy.

In addition, with the assistance of the Embassy of Uzbekistan in Germany, a joint project is being developed to build innovative greenhouses (aeroponics technology to grow plants in a mist or air environment without using any soil) in the Jizzakh region, as well as a modern livestock complex based on German technologies.

The ambitious tasks of BMB Trade Group contribute to the intensive development of external relations, as well as an expanded dialogue in the field of formation and development of cooperation with foreign companies from various regions of the world.

“This in no way limits the range of partners of the company. Only on the basis of memorandums of cooperation BMB Trade Group interacts with a dozen foreign companies in the field of consulting and joint development of projects for promoting business in Uzbekistan,” the advisor noted.