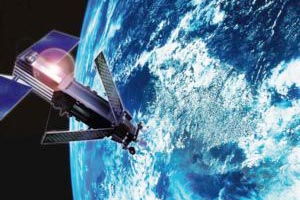 Israel plans to launch a spy satellite, which will double the resolution of its images, keeping a close watch on Iran, Channel 10 television reported on Wednesday.

It said the satellite, built by Israeli Elbit company, would be able to take high resolution images from an altitude of 600 kilometers (360 miles).

The main task would be to monitor Iran's controversial nuclear sites and its possible weapon shipments to Hizbullah, according to the report.

In January, 2008, Israel launched a powerful spy satellite to keep watch on Iran.

The TecSar satellite had an advanced radar system allowed Israeli intelligence officials to gather material at night and in cloudy weather.

Reportedly capable of imaging with a resolution of up to 10 centimetres, TecSar was considered crucial to enable Israel to track Iran's nuclear activities. Israel launched the satellite in contrast to conclusions by US intelligence agencies reported in November, 2007 that Iran had halted its nuclear weapons program.

However, Israel had publicly disagreed with the US intelligence findings.

Coronavirus cases in Russia rise by 20,174